The Polish football association has announced that former striker Wlodzimierz Smolarek has died. He was 54. 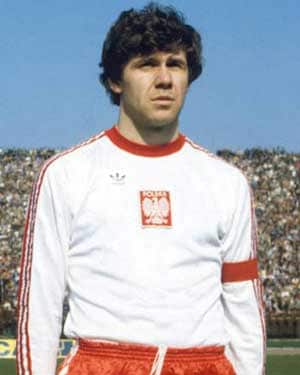 The Polish football association has announced that former striker Wlodzimierz Smolarek has died. He was 54.

He began his club career at Widzew Lodz, and also played for Borussia Dortmund in Germany and in the Netherlands for Feyenoord and FC Utrecht.

The Polish FA said on Wednesday that he died at his home in Aleksandrow Lodzki. The cause of his death was not immediately known.

Smolarek's son Ebi is also a footballer, who played 47 times for the national team.

Comments
Topics mentioned in this article
Football Feyenoord Ecuador Netherlands NK Lokomotiva Euro 2012 Borussia Dortmund
Get the latest updates on ICC Women's Cricket World Cup 2022 and IPL 2022, check out the Schedule , Live Score and IPL Points Table. Like us on Facebook or follow us on Twitter for more sports updates. You can also download the NDTV Cricket app for Android or iOS.