England's European Championship squad will visit the Nazi concentration camp Auschwitz-Birkenau while in Poland next month and will use the experience to educate youngsters about the perils of racial hatred. 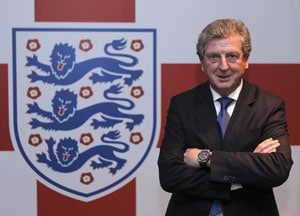 England's European Championship squad will visit the Nazi concentration camp Auschwitz-Birkenau while in Poland next month and will use the experience to educate youngsters about the perils of racial hatred.

The players will visit the death camp near their Krakow Euro 2012 base soon after their arrival on June 6, the English Football Association said Tuesday. A DVD will then be produced in conjunction with Britain's Holocaust Educational Trust with players discussing "why combating prejudice today matters to them."

FA chairman David Bernstein said the players' Auschwitz tour will help teach "future generations about the horrors of the Holocaust, using the ability of football to interest and engage young people."

"There are so many lessons to be learnt and understood, and we believe football can play its part in encouraging society to speak out against intolerance in all its forms," Bernstein said.

The FA has raised concerns with UEFA President Michel Platini that Euro 2012, which is being co-hosted in Poland and Ukraine, could be marred by racism.

English authorities have been warning that far-right football hooligans could spark racist violence in Ukraine.

The families of two of England's black players, Theo Walcott and Alex Oxlade-Chamberlain, have already indicated they are unlikely to travel to the Euros because of fears of racist abuse.

Comments
Topics mentioned in this article
Football Arsenal Udinese Wayne Rooney Alou Diarra Lech Poznan Euro 2012 Michel Platini
Get the latest Cricket news, check out the India cricket schedule, Cricket live score . Like us on Facebook or follow us on Twitter for more sports updates. You can also download the NDTV Cricket app for Android or iOS.