Premier League: West Brom were relegated after losing 3-1 to Arsenal at the Emirates Stadium. 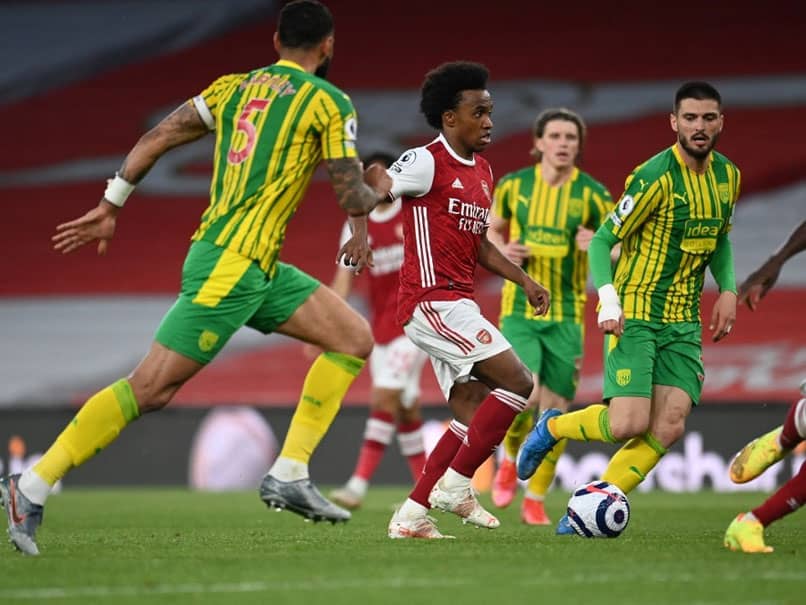 Premier League: West Brom lost to Arsenal 3-1 and got relegated from the league.© AFP

West Bromwich Albion were relegated after losing to Arsenal 3-1. West Brom arrived at the Emirates Stadium needing a win to maintain their slim hopes of beating the drop. But they were 2-0 down just past the half-hour mark thanks to well-taken goals from Emile Smith Rowe and Nicolas Pepe. Matheus Pereira pulled one back in the 67th minute after running the length of the Arsenal half. But Willian's 90th-minute free-kick, his first goal for Arsenal, confirmed West Brom's fate one season after they were promoted.

"It's not sunk in yet, but I'm sure I'll wake up tomorrow and realise the situation," Allardyce told BT Sport.

"I'm bitterly disappointed we're not still in the fight," added the ex-England boss, who replaced the sacked Slaven Bilic in December with West Brom just one place off the bottom.

"Our real problem was not beating the bottom-six sides when we came up against them. The results against Chelsea, Manchester United and Manchester City should have been bonus points."

Victory for Arsenal came just days after they failed to reach the Europa League final following a lacklustre goalless draw against a Villarreal side managed by former Gunners boss Unai Emery.

"We needed that win," said Arsenal manager Mikel Arteta. "It has been a while since we won at home."

The Hammers are now five points behind fourth-placed Leicester with three games to play.

Eighth-placed Everton remain in the hunt for Europa League qualification.

The Seagulls took the lead in the 13th minute when Lewis Dunk headed in Pascal Gross' corner in a match Brighton needed to win to be sure of avoiding relegation.

The Seagulls are 10 points above the relegation zone, with third-bottom Fulham, who have four games left, playing Burnley on Monday.

Arsenal English Premier League Football
Get the latest updates on IPL 2021, IPL Points Table , IPL Schedule 2021 , live score . Like us on Facebook or follow us on Twitter for more sports updates. You can also download the NDTV Cricket app for Android or iOS.