Aaron Ramsey has agreed to make a lucrative switch to Italian champion Juventus when his Arsenal contract expires at the end of the season. 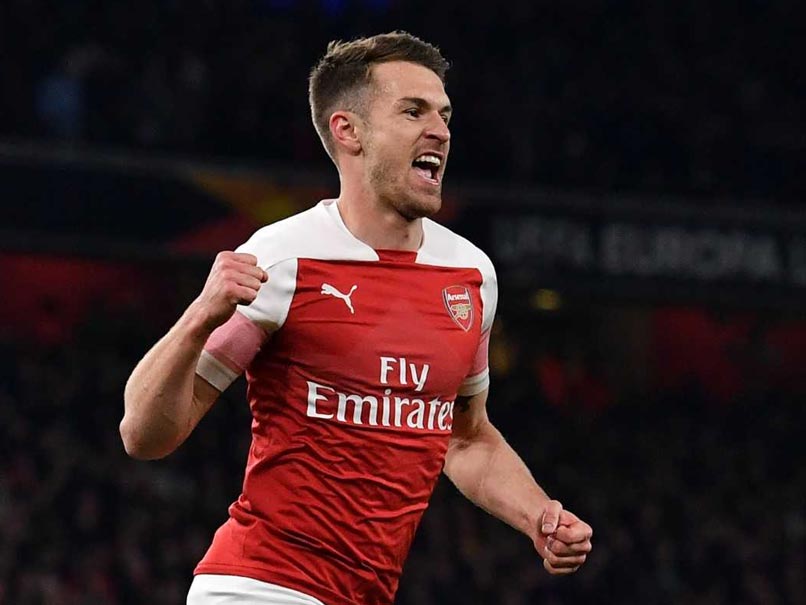 Unai Emery confirmed on Wednesday that injured Wales midfielder Aaron Ramsey has made his last appearance for Arsenal ahead of his move to Juventus. Ramsey has already agreed to make a lucrative switch to Italian champion Juventuswhen his Arsenal contract expires at the end of the season. The 28-year-old suffered a hamstring injury during the second leg of Arsenal's Europa League quarter-final victory over Napoli and has now been ruled out for the rest of the season. Emery's side host Valencia in the Europa League semi-final first leg on Thursday, having lost all three games without Ramsey since he was forced off in Naples.

But, even if Arsenal reach the final on May 29, Emery conceded the game would come too quickly for Ramsey to be involved.

Asked if there was any chance of Ramsey playing one last game for Arsenal, Emery told reporters on Wednesday: "At the moment we are only in the semi-final, and secondly the prognosis is not okay for this date.

"He is important for us. We cannot use him and the danger is always there for a forward player like that.

"We have players who can play in that position, but he was in a good moment when he had this injury.

"For me it was a good experience to work with every player and with him especially, because he can transmit his energy and he showed me his heart is red with Arsenal.

"I wanted to enjoy with him. I said to him one month ago that I wanted to do something important in his last matches with us at the moment - maybe he can come back in the future."

Ramsey, who won three FA Cups with Arsenal, is expected to be fit in time to start pre-season with Juventus, but his absence is a blow to the Gunners' bid to qualify for next season's Champions League either by winning the Europa League or finishing in the Premier League's top four.

Arsenal are planning to hold a guard of honour for both the midfielder and team-mate retiring goalkeeper Petr Cech after Sunday's match against Brighton at the Emirates Stadium -- their final Premier League home game of the season.

Laurent Koscielny has played alongside Ramsey since joining from Lorient in 2010 and, in a jibe at previous Arsenal players who have left the club during that time, the Gunners defender hailed his team-mate's attitude since his move to Juventus was announced.

"Of course he played so may years here, so important for the club and the players because every season we start the season and we have new players, and I think he gives a lot for the adaptation of the new players," he said.

"What I like about Aaron is that, we know he signs for Juventus, but he is still a professional and always fights for the club and for the team.

"Sometimes you have players who have stopped fighting for this team, but I think he has loved this club and that is why he stayed at 100 per cent for us. It shows a great mentality and character."

Mesut Ozil is in the squad for Thursday's clash with Valencia after missing the 3-0 weekend defeat at Leicester with a bruised foot, while Nacho Monreal also trained following a groin injury.

Juventus
Get the latest updates on Fifa Worldcup 2022 and check out  Fifa World Cup Schedule, Stats and Live Cricket Score. Like us on Facebook or follow us on Twitter for more sports updates. You can also download the NDTV Cricket app for Android or iOS.