Jose Mourinho said Tottenham's dressing room is divided by "selfish" players and agents who have their own relationships with the press. 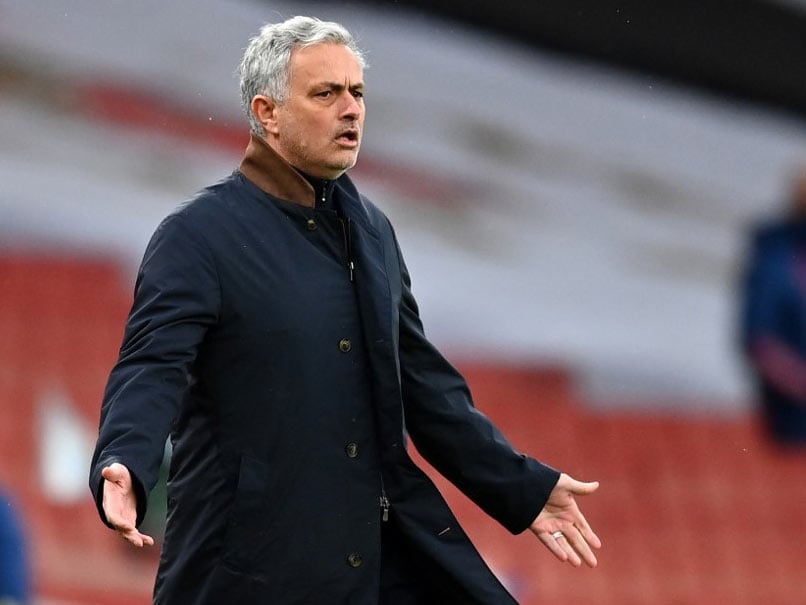 Jose Mourinho was speaking after a vital win in the chase for a top-four.© AFP

Jose Mourinho said Tottenham's dressing room is divided by "selfish" players and agents who have their own relationships with the press. Mourinho was speaking after a vital win in the chase for a top-four Premier League finish. Spurs responded to an embarrassing Europa League exit at the hands of Dinamo Zagreb with a 2-0 victory at Aston Villa on Sunday, courtesy of goals from Carlos Vinicius and Harry Kane. Captain Hugo Lloris had criticised the underlying culture at the club in a stinging interview following Thursday's loss in Croatia, pointing the finger at fringe players who were not fully committed.

Mourinho appeared to agree with that assessment, saying it was difficult to keep a harmonious dressing room in the modern game.

"This is something that you need time to develop in a group. Nowadays you need time because society and the psychological profile of younger people is not an easy one."

Mourinho, who made a number of changes for the Aston Villa match, was happy with the response of his side -- the win leaves them just three points behind fourth-placed Chelsea.

"I'm not happy with the feeling that if you did it tonight, why you didn't do it 48 hours ago? That match on Thursday will be a scar for a long time.

"It's not going to heal just because we won, but total credit to the players. They were a team. They fought together. They put in the game that honesty, that dignity that football players should put in every match."

Tottenham forward Lucas Moura said the players were behind the former Chelsea and Manchester United boss, adding: "We lose together, we win together".

"What happened in Croatia was our fault," said the Brazilian. "We believe in the coach because we know his history. We just want to be successful here."

With nine league games left to seal a top-four place and a League Cup final against Manchester City looming in April, Lucas issued a call to arms.

"We have nine games to play, we have a final, let's finish the season well," he said. "Top four is still possible of course. We'll fight until the end to give everything."

Hugo Lloris Jose Mourinho English Premier League Football
Get the latest updates on IPL Auction 2023 and check out  IPL 2023 and Live Cricket Score. Like us on Facebook or follow us on Twitter for more sports updates. You can also download the NDTV Cricket app for Android or iOS.