Steven Gerrard, former England player and teammate of sacked Chelsea manager Frank Lampard, said the club should have supported the manager during a tough period. 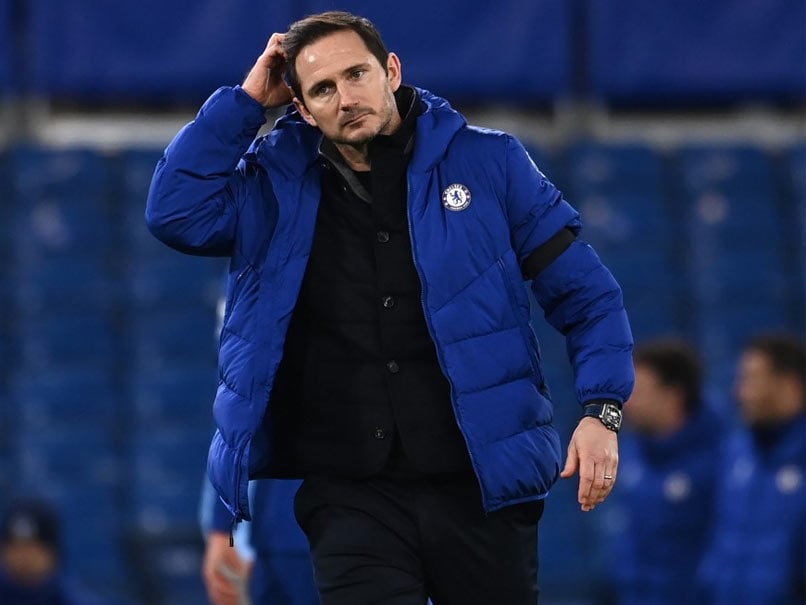 Frank Lampard was relieved of his role as Chelsea manager by the club on Monday.© AFP

Frank Lampard should have been supported by the Chelsea board, said Rangers manager Steven Gerrard on Tuesday, a day after his former England team-mate's sacking. Gerrard admitted "it was no surprise", given Chelsea's habit of sacking managers since Roman Abramovich bought the club in 2003. Lampard was fired on Monday, the day after a 3-1 win over Championship side Luton in the FA Cup, due to a poor run of league form that had seen the Blues slip out of title contention. However, Gerrard -- who along with fellow midfielder Lampard was part of the so-called 'golden generation' of England players -- said he should have been given more time.

"I'm disappointed for him," said Gerrard.

"I thought it was a very swift exit on the back of a positive result at the weekend (3-1 win in the FA Cup).

"I did think it was an opportunity for Chelsea to really reach out and support him during this tough period rather than do what they have done. But Chelsea have got history for that so it was no surprise."

Gerrard has turned round the fortunes of Rangers since he became manager in 2018 and they look set for a first league title since 2011 as they hold a 23-point lead over bitter rivals Celtic.

He believes Lampard -- who guided Chelsea to fourth spot and the FA Cup final in his first season in charge -- will bounce back.

"I'm gutted for Frank, he's someone I respect greatly," said Gerrard. "But knowing the guy, he will be back in no time.

"He will dust himself down and get back involved.

"He will use this time to spend with his family. He's obviously got a young family and one on the way."

Chelsea Football English Premier League
Get the latest updates on ICC Women's Cricket World Cup 2022 and IPL 2022, check out the Schedule , Live Score and IPL Points Table. Like us on Facebook or follow us on Twitter for more sports updates. You can also download the NDTV Cricket app for Android or iOS.