Chelsea FC said they are parting ways with manager Frank Lampard in an official statement on Monday. 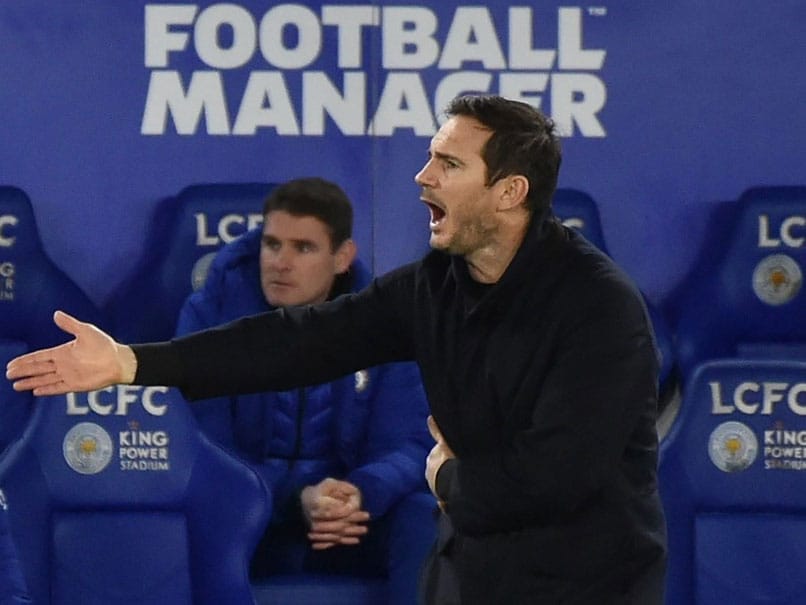 Frank Lampard has been sacked as Chelsea manager, the club confirmed on Monday. Former Paris Saint-Germain boss Thomas Tuchel is in line to take over, reports said. The 42-year-old Lampard is leaving Stamford Bridge with the club ninth in the Premier League table, 11 points behind leaders Manchester United. A hat-trick from Tammy Abraham helped the Blues progress into the FA Cup fifth round on Sunday with a 3-1 win over Luton. But it was not enough to save the former Chelsea player's job.

"This has been a very difficult decision, and not one that the owner and the Board have taken lightly," it added.

"We are grateful to Frank for what he has achieved in his time as Head Coach of the Club. However, recent results and performances have not met the Club's expectations, leaving the Club mid-table without any clear path to sustained improvement."

"This was a very difficult decision for the Club, not least because I have an excellent personal relationship with Frank and I have the utmost respect for him," Chelsea owner Roman Abramovich was quoted as saying.

"He is a man of great integrity and has the highest of work ethics. However, under current circumstances we believe it is best to change managers," he added.

"On behalf of everyone at the Club, the Board and personally, I would like to thank Frank for his work as Head Coach and wish him every success in the future. He is an important icon of this great club and his status here remains undiminished. He will always be warmly welcomed back at Stamford Bridge," Abramovich concluded.

Chelsea's record goalscorer signed a three-year deal in 2019 and despite a transfer ban, led them to the FA Cup final and a fourth-place finish in his first managerial campaign at Stamford Bridge.

With cash to spend ahead of this season, the arrivals of Ben Chilwell, Kai Havertz and Timo Werner have failed to translate into improved results.

The Blues have lost six Premier League matches so far this season, losing five of their last eight league games.

Chelsea Frank Lampard Football
Get the latest updates on IPL Auction 2023 and check out  IPL 2023 and Live Cricket Score. Like us on Facebook or follow us on Twitter for more sports updates. You can also download the NDTV Cricket app for Android or iOS.