Ferguson will leave Old Trafford at the end of the campaign after a trophy-laden 27-year stint in charge, with Moyes taking his place after after 11 years at Goodison Park. 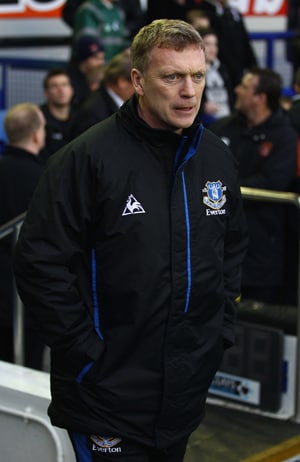 New Manchester United manager David Moyes will get the full backing of the club's senior players when he takes over from Alex Ferguson in the summer, veteran winger Ryan Giggs has said.

Ferguson will leave Old Trafford at the end of the campaign after a trophy-laden 27-year stint in charge, with Moyes taking his place after after 11 years at Goodison Park.

Giggs, 39, believes replacing Ferguson could be just as intimidating as the challenge his current boss faced when he replaced Ron Atkinson in November 1986.

"Maybe it is," Giggs told the Daily Telegraph. "But we have a really good bunch of lads in the dressing room and, whenever the manager needs help, the more experienced players will help. That has been the norm, ever since I have been in the club.

"What David Moyes is coming into is a good atmosphere, a really good bunch of lads, very good players and a really strong squad, so it is a strong position to be in. But the downside is that you have to follow the most successful manager that has ever lived.

"Managers usually go into clubs when things aren't going great, but this team isn't on a downward spiral, so I don't know if that makes it harder or easier for David."

Nevertheless, experience in the Premier League at Everton means Moyes is no stranger at United.

"No, he isn't, and he is coming here with great respect for what he has done at Everton," Giggs said.

"He has done a brilliant job there and that is evident whenever you play against his teams because it is never easy against them.

"Some of our former players have gone to Everton and been really successful, like Tim Howard and Phil Neville, and what they have said is that he works you hard and expects you to work hard and perform. He sets really high standards, but that is nothing different to what we are used to."