Premier League: Sadio Mane Stuns Tottenham Hotspur To Get Liverpool Back On Track 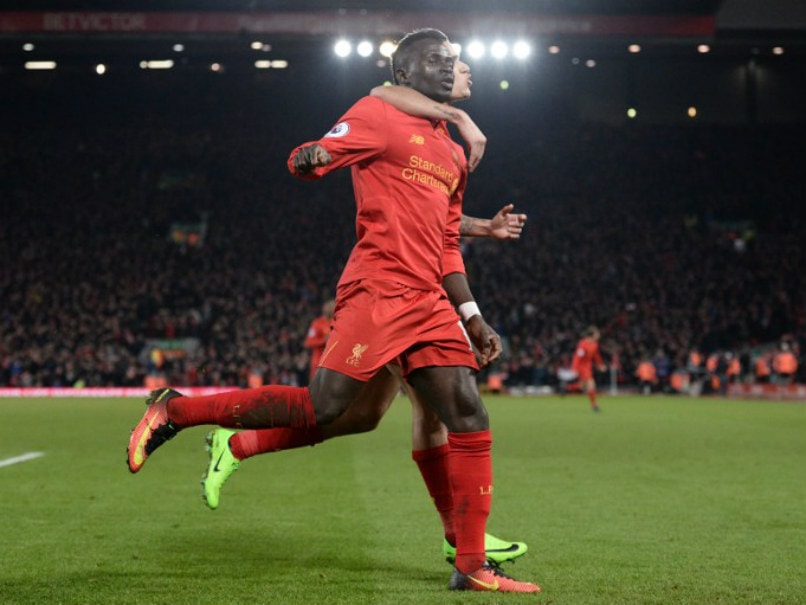 Sadio Mane announced his return to Premier League football in emphatic fashion with both goals in Liverpool's brilliant 2-0 victory over top-four rivals Tottenham Hotspur on Saturday. The Senegal forward provided one of several outstanding displays from a Liverpool side who had not previously won a league game in 2017, their worst start to a calendar year since 1954. Liverpool effectively wrapped up the points, and ended their miserable start to the year, with two goals in three minutes from Mane early in the game.

They were the highlights of a sensational start by Liverpool, which made a mockery of the troubles that have plagued Jurgen Klopp's side since the turn of the year in the Premier League.

The return of Mane from duty at the Africa Cup of Nations was also key to that dramatic improvement as the forward started a home game for the first time since New Year's Eve.

Liverpool had already launched a number of lightning-fast counter-attacks when they finally took the lead after 16 minutes through exactly that tactic.

Georginio Wijnaldum played a magnificent through-ball down the middle of the park and Mane easily outpaced Ben Davies before beating Hugo Lloris with a confident 12-yard strike.

Anfield was electrified and the din from the goal celebrations had barely died down before the home supporters had another one to appreciate.

This time England international Eric Dier was at fault, caught in possession by Mane deep inside his own half, with the forward launching another devastating counter.

Mane slipped the ball square to Adam Lallana, whose first shot was parried by Lloris.

The Spurs goalkeeper recovered well to keep out Roberto Firmino's follow-up attempt, but he could do nothing as Mane showed great technique to hook a shot into the roof of the goal from eight yards.

The only wonder as Tottenham reached the half-time whistle with only two goals against them was that the London side, who had gone nine games without defeat, were not in even deeper trouble.

A poor touch from Firmino spared Spurs on 13 minutes, although it still required a brave block by Toby Alderweireld to keep out Philippe Coutinho's shot from the rebound.

Mane might have completed a six-minute hat-trick after 22 minutes, but saw his shot deflected wide before his blistering shot from the resulting corner was saved magnificently by Lloris's left hand.

Tottenham responded briefly, Simon Mignolet denying Son Heung-Min with his outstretched legs and Lucas Leiva defending magnificently, on his goal-line, to put a Dele Alli header over the bar.

But the first half ended with Liverpool firmly in control.

Firmino charged down a Lloris clearance and might have capitalised, Coutinho rolled a tame shot at the goalkeeper and full-back Nathaniel Clyne produced a sweet shot that Lloris gathered.

Tottenham looked steadier after the restart, not quite so vulnerable to Liverpool counter-attacks, and Jordan Henderson and Joel Matip both picked up early bookings for fouls as the visitors made forays into the home half.

Harry Kane, totally anonymous in the first half, even hit the post from a Christian Eriksen free-kick, although the move was flagged for a clear offside.

Kane's frustrations spilled over after 66 minutes when he was cautioned by referee Anthony Taylor for a late and nasty trip on Clyne -- one of five Spurs players, and eight in total, to be booked.

Liverpool looked the only team liable to add to the scoreline.

Matip's header was caught by Lloris and then Lallana set Coutinho up on the edge of the area, the Brazilian's low shot flying just wide of the goal.

Comments
Topics mentioned in this article
Liverpool Tottenham Hotspur Sadio Mane Harry Kane English Premier League Football
Get the latest updates on ICC T20 Worldcup 2022 and CWG 2022 check out the Schedule, Live Score and Medals Tally. Like us on Facebook or follow us on Twitter for more sports updates. You can also download the NDTV Cricket app for Android or iOS.