Machester City went past Leicester City 2-1 as Swansea beat Sunderland 2-0 to boost their survival bid while Southampton ended their barren run against Middlesbrough on Saturday. 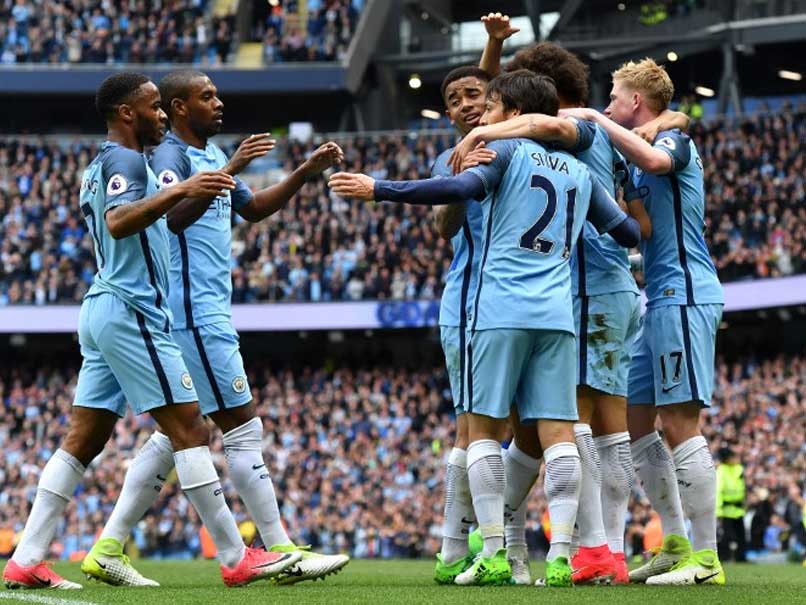 Riyad Mahrez's disallowed penalty allowed Manchester City to take a significant step towards Champions League qualification with a 2-1 victory over Leicester City on Saturday. All of the goals came in the first half at the Etihad Stadium, with David Silva's opener for the home side allowed to stand despite a strong suggestion of offside. Gabriel Jesus's penalty increased their lead, before Shinji Okazaki pulled one back with a spectacular volley. The oddest moment of the match, though, came in a scrappy second half, when Mahrez slipped as he converted a penalty that would have made it 2-2 and touched the ball twice.

According to the laws of the game, a penalty taker cannot touch the ball again until another player has done so, leaving referee Robert Madley with no choice but to rule out the goal.

As a result, City climbed above Liverpool to third place, edging them closer to securing a top-four berth.

Swansea struck a crucial blow in the fight for Premier League survival as goals from Fernando Llorente and Kyle Naughton clinched a 2-0 win at Sunderland on Saturday.

Spanish striker Llorente put Swansea ahead early on before Kyle Naughton blasted his first goal for six years on the stroke of half-time.

Swansea's third win in their last four games moved Paul Clement's 17th placed side four points clear of the relegation zone as they battle to stay above third bottom Hull.

The Welsh club's survival will be guaranteed if Hull lose their crunch clash at fellow strugglers Crystal Palace on Sunday.

Even if Hull win or draw against Palace, Swansea can still ensure their safety with a victory at home to West Bromwich Albion in their final game of the season on May 21.

Jay Rodriguez and Nathan Redmond scored as Southampton defeated relegated Middlesbrough 2-1 on Saturday to snap a run of five Premier League matches without a win.

One-time England international Rodriguez notched his fourth goal of the season to give the Saints the lead at the Riverside Stadium on 42 minutes.

Nathan Redmond came on at half-time and struck a second for Southampton before Shane Long fired over from the spot after winning the visitors a penalty.

Patrick Bamford pulled one back for Boro with his first goal in over two years, but Claude Puel's side held on to climb up one spot to ninth.

Frenchman Puel handed a debut to former Barcelona and Juventus defender Martin Caceres, while Jeremy Pied made his first start after recovering from a long-term knee injury.

Comments
Topics mentioned in this article
Manchester City Leicester City Swansea City Sunderland Southampton Middlesbrough Riyad Mahrez English Premier League David Silva Football
Get the latest updates on SA vs IND 2021-22, check out the Schedule and Live Score . Like us on Facebook or follow us on Twitter for more sports updates. You can also download the NDTV Cricket app for Android or iOS.