Manager Jose Mourinho made four changes to the side against Fulham after their draw with Arsenal in midweek. 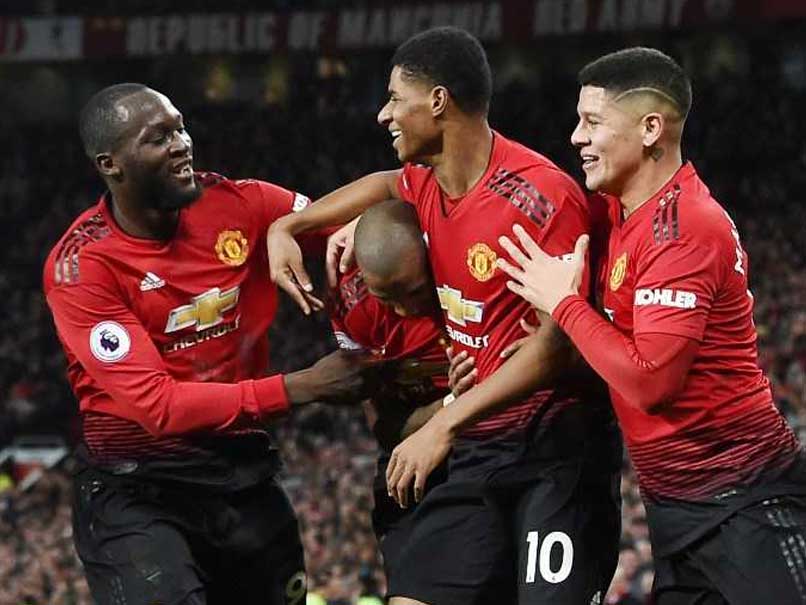 Jose Mourinho answered his critics -- for the time being at least -- as his Manchester United side recorded their biggest league victory in 13 months with a 4-1 win over Fulham. Ashley Young, with his first goal in over 12 months, Juan Mata and Romelu Lukaku shot United into a commanding first-half lead. But they struggled to add to that advantage after the break, even after Fulham were reduced to 10 men following the dismissal of Andre-Frank Zambo Anguissa, moments after Aboubakar Kamara had pulled a goal back from the penalty spot. Eventually, United were able to do so, completing the rout in the 82nd minute when Marcus Rashford beat Fulham keeper Sergio Rico at his near post with a curling shot from the edge of the area.

Young struck early, receiving a short pass from Rashford and beating Denis Odoi far too easily as he cut into the Fulham area.

There was still much for Young to do to beat Rico but the former England international lofted a superbly weighted finish into the top corner to give the visiting keeper no chance.

The second goal, just before the half-hour, was far more routine although no less impressive given the speed with which United launched a devastating counter-attack.

Lukaku slipped the ball down the left wing for Rashford and the England forward picked out Mata, arriving speedily into the Fulham area, with a perfect pass which his Spanish team-mate steered left-footed into the corner.

There was time for United to add a third in the 42nd minute, from a clever corner routine that saw Mata and Jesse Lingard exchange passes before the former crossed into an empty six-yard area where Lukaku gratefully converted the easiest of chances.

Mourinho made four changes to the side that drew with Arsenal in midweek, meaning he has made a league-high 50 changes over the course of the 16-game season.

But there was still no starting place for Paul Pogba, widely criticised for his performance in last weekend's draw at Southampton and benched for the much-improved midweek display against the Gunners.

Yet there was little wrong with the way in which United, so often accused of starting games slowly, set about handling Fulham.

Even before Young's opening goal, teenage full-back Diogo Dalot sent over a couple of dangerous right-wing crosses that Fulham were forced to defend.

A first-time volley from Young also threatened, while Rico made a magnificent diving stop to keep out a sensational long-range shot from a Rashford free-kick while David De Gea's only first-half action was a routine stop from a hopeful Aleksandar Mitrovic attempt.

A three-goal lead for United was fully merited on balance and forced Fulham manager Claudio Ranieri into a double half-time substitution with Luciano Vietto and Kamara thrown on.

Not that matters improved for the Premier League's bottom club. Within minutes of the restart, Rico parried a powerful Rashford shot and Lukaku planted the rebound wide and, moments later, the keeper showed quick reflexes to beat Lukaku to a Dalot cross with his goal again at the striker's mercy.

Ander Herrera also missed a glorious chance, shooting wide from Mata's pass, before Fulham pulled a goal back in the 67th minute.

United claimed Kamara had fouled Phil Jones as he collected a pass but referee Lee Probert judged Herrera had tripped the Fulham substitute, who took and scored the resulting penalty himself.

Hopes of a Fulham fightback were short-lived, however, with Zambo Anguissa collecting a second yellow card, for fouling Rashford, within a minute and reducing his team to 10 men.

With that extra-man advantage, Lukaku, Rashford and Scott McTominay all wasted glorious chances for more goals.

Romelu Lukaku English Premier League Football Jose Mourinho
Get the latest updates on IND vs NZ 2021, check out the Schedule and Live Score . Like us on Facebook or follow us on Twitter for more sports updates. You can also download the NDTV Cricket app for Android or iOS.