Liverpool showed once again why they are kings of the late winner at Crystal Palace on Saturday. 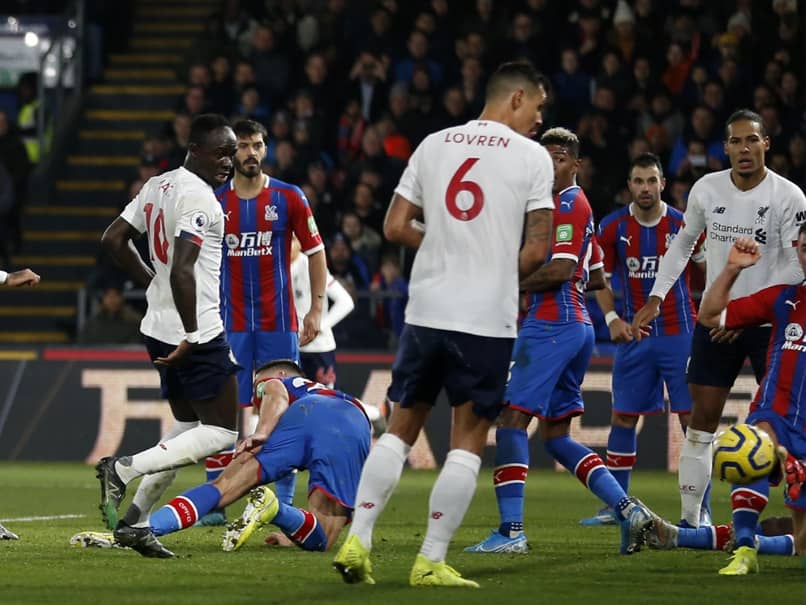 Liverpool showed once again why they are kings of the late winner at Crystal Palace on Saturday as Jose Mourinho made an instant impact as Tottenham boss, masterminding an end to the club's dismal away record in the Premier League against rivals West Ham. Elsewhere, second-placed Leicester beat Brighton 2-0 to stay eight points behind Jurgen Klopp's leaders while struggling Arsenal were held 2-2 at home by Southampton. Liverpool looked set to drop points for just the second time this season after Wilfried Zaha cancelled out Sadio Mane's opener but Roberto Firmino poked in after a goalmouth scramble to seal a 2-1 win. Hosts Palace were denied a shock first-half opener when James Tomkins' header was disallowed after VAR adjudged that Jordan Ayew had fouled Dejan Lovren.

In the early kick-off at the London Stadium, Son Heung-min, Lucas Moura and Harry Kane were on the scoresheet for Spurs as Mourinho won his first game in charge 3-2 days after replacing the sacked Mauricio Pochettino.

The win -- the club's first away league victory since January -- will help to endear Mourinho to a sceptical Spurs support, who were sad to see Pochettino dismissed just six months after leading the club to a first-ever Champions League final.

Mourinho followed Pochettino's example in leaving out Christian Eriksen, with the Dane one of a number of Spurs players into the final months of his contract and showing no signs of agreeing a new deal.

"It was very, very important. Eleven months without music in the away dressing room, without a smile, without happiness and they did it," said Mourinho on ending Spurs' away-day blues.

"That's where I belong (on the touchline), that is my natural habitat," added Mourinho. "I just love it. When things go in your direction, winning is the best feeling."

The former Chelsea and Manchester United boss will know he has far stiffer challenges ahead of him than a struggling West Ham, who have now lost five out of their past six Premier League matches.

Southampton took an early lead at the Emirates when Danny Ings fired them in front after Ryan Bertrand's quick free-kick.

James Ward-Prowse scored in the 71st minute but Lacazette saved Unai Emery's blushes with a goal deep into stoppage time.

In-form Wolves won 2-1 at 10-man Bournemouth courtesy of a Joao Moutinho free-kick and Raul Jimenez's goal to climb to fifth in the table.

Norwich lifted themselves off bottom spot in the Premier League with a 2-0 victory away to Everton while Burnley beat struggling Watford 3-0.

Manchester City are playing Chelsea in the evening kick-off, with Pep Guardiola desperate for a win to breathe new life into his team's title challenge after three defeats in City's opening 12 games.

But Frank Lampard's in-form side are not the visitors Guardiola would have picked as he looks to keep Liverpool in his sights, with six league wins on the bounce for his young side.

Southampton English Premier League Football
Get the latest updates on India vs England Series, India vs England , live score and IPL 2021 Auction . Like us on Facebook or follow us on Twitter for more sports updates. You can also download the NDTV Cricket app for Android or iOS.