Pickford wants to go onto become a "legend" at Goodison Park. 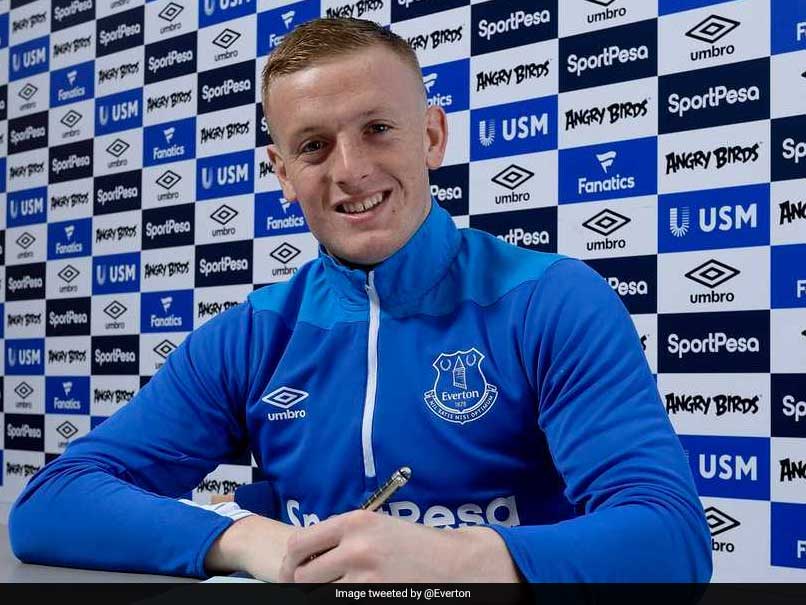 Jordan Pickford said he believes moving to Everton was the key factor in him.© Twitter

England number one Jordan Pickford said he believes moving to Everton was the key factor in him starring at the World Cup as he signed a new six-year deal with The Toffees on Wednesday. Pickford didn't make his England debut until after joining Everton from Sunderland for 30 million Pounds ($39 million) in June 2017, but just a year later played a major part in Russia as the Three Lions reached the semi-finals for the first time in 28 years. "When I made the move last year, I thought Everton would be a great club to come to and the right step in my career," said Pickford.

"Getting the opportunity to become England's number one was down to being at Everton, I believe, and being able to put in solid performances week in and week out.

"Coming to Everton, a massive club with a massive history and seeing how passionate and determined the fans are, it's inspired me to perform week in and week out and it's moved my career on, without question."

Things haven't yet gone as well at club level for Pickford, though, as Everton finished a disappointing campaign in eighth last season and are currently 12th in the Premier League after six league games under new boss Marco Silva.

However, Pickford wants to go onto become a "legend" at Goodison Park.

"This is a great club for me and, hopefully, we can get the success for the fans to earn the right to be a legend at Everton one day, each and every one of us."

Everton Jordan Pickford English Premier League Football
Get the latest updates on ICC Women's Cricket World Cup 2022 and IPL 2022, check out the Schedule , Live Score and IPL Points Table. Like us on Facebook or follow us on Twitter for more sports updates. You can also download the NDTV Cricket app for Android or iOS.