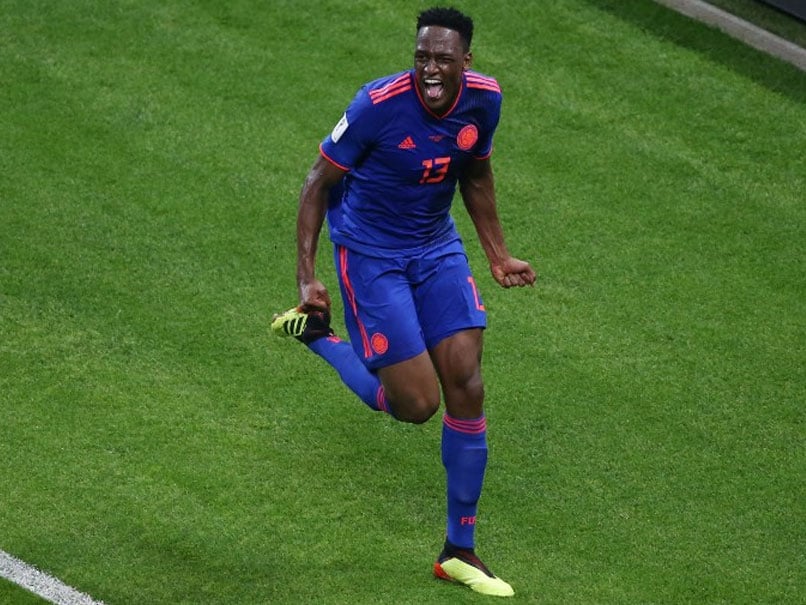 Everton secured the services of Colombian World Cup star Yerry Mina from Barcelona on an unusually quiet deadline day in the Premier League as Manchester United failed to satisfy manager Jose Mourinho's desire to sign a centre-back. For the first time the Premier League deadline was moved forward to the day before the season kicks off when United host Leicester City on Friday. Unlike in England, the window for the rest of Europe's leading leagues doesn't close until later in August, meaning Premier League clubs have faced even more inflated prices when buying from the continent.

Yet, an expected deluge of deadline day deals failed to materialise with Everton the most active after also sealing a season-long loan deal for midfielder Andre Gomes from Barcelona and the capture of Brazilian winger Bernard on a free transfer.

Mina scored three times in three games in Russia, including against Everton's England goalkeeper Jordan Pickford with a dramatic stoppage time header to send their last 16 tie to extra-time.

Yet Mina failed to impress in making just six appearances for Barca after joining from Palmeiras in January and the Catalan giants were keen to cash in on the 23-year-old, who cost just 11.8 million euros seven months ago.

After Chelsea shattered the world record fee for a goalkeeper with an 80-million euro (£71.6 million, $92 million) swoop for Athletic Bilbao's Kepa Arrizabalaga, there was little late movement from the top six clubs with Mourinho in particular frustrated at missing out on a host of targets to bolster his defence.

Harry Maguire, who could face United for Leicester on Friday, Bayern Munich's Jerome Boateng, Toby Alderweireld of Tottenham and Mina were all linked with United, while Atletico Madrid's Diego Godin emerged as a late target on Thursday.

But Mourinho accepted early on Thursday he was unlikely to get his wish.

Liverpool look like the big winners of the window as they have emerged as second favourites for the title behind champions Manchester City after doing their business early in splashing over 170 million Pound on Brazilian goalkeeper Alisson Becker and midfielders Fabinho, Naby Keita and Xherdan Shaqiri.

Australian teenager Daniel Arzani joined the English champions from sister club Melbourne City on Thursday will be sent out on loan to Celtic.

Tottenham Hotspur became the first Premier League side since the summer window was introduced in 2003 to not make a single signing.

But manager Mauricio Pochettino insisted he is happy with his squad after tying down the likes of Harry Kane, Christian Eriksen and Son Heung-min to new contracts.

"We have a very good squad, with very good players and it is very difficult to add players to that," he said.

Wolves' impressive summer of dealing on their return to the top flight continued by signing versatile Belgian international Leander Dendoncker from Anderlecht.

Manchester United Yerry Mina Football
Get the latest updates on ICC T20 Worldcup 2022 and CWG 2022 check out the Schedule, Live Score and Medals Tally. Like us on Facebook or follow us on Twitter for more sports updates. You can also download the NDTV Cricket app for Android or iOS.