Chelsea's three of the new signings, Ben Chilwell, Thiago Silva and Timo Werner were on the scoresheet on Saturday, while another Hakim Ziyech won man-of--the-match for two assists. 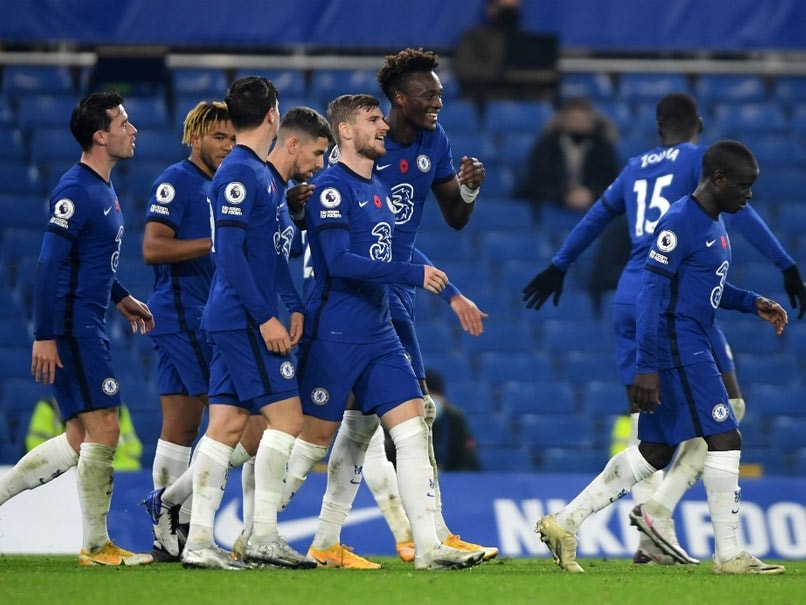 Chelsea registered a 4-1 win over Sheffield United that moved them up to third in the Premier League.© AFP

Frank Lampard believes Chelsea are beginning to bear the fruits from a summer of heavy investment in the transfer market after a 4-1 win over Sheffield United moved them up to third in the Premier League. Despite a 220 million pounds (USD 289 million) transfer splurge, the Blues did not hit the ground running as they won just two of their opening six league games of the season. However, they have now won four in a row in all competitions with three of the new signings, Ben Chilwell, Thiago Silva and Timo Werner on the scoresheet on Saturday, while another Hakim Ziyech won man-of--the-match for two assists.

"The players we brought in, we brought in to improve," said Lampard, who guided Chelsea to fourth in his first season in charge.

"People expect it to come on day one. It's not like that, it's a work in progress. You saw a lot of it today, there are great signs but we have to keep going."

Sheffield United remain rooted to the foot of the table without a win this season and just like in defeat at Liverpool two weeks ago, they failed to build on a dream start from David McGoldrick's opener.

A cleverly-worked corner caught Chelsea off guard as George Baldock's cross was turned goalward by Sander Berge and McGoldrick flicked the ball past Edouard Mendy.

That was the first goal Mendy had conceded in the Premier League and ended Chelsea's run of five straight clean sheets as Lampard has focused on ending the dreadful defensive record that blighted his first season in charge.

"When you keep clean sheets like we have, we knew one was coming. When you concede one, the reaction is important and the reaction was brilliant," added Lampard.

"At the start of the season, we had new players, the lack of pre-season, injuries, but now we are seeing some of the work.

"I'm the first to keep my feet on the ground. Every game is challenging."

Tammy Abraham had initially been one of the casualties of the backing Lampard was given in the transfer market, but has won his place in the side in recent weeks with Werner moving out to the left.

The England international turned home Mateo Kovacic's cut-back for his fourth goal of the season to restore parity on 23 minutes and Chelsea never looked back.

Werner smashed against the crossbar after Aaron Ramsdale could only parry a dangerous Ziyech free-kick.

However, Chris Wilder's men did not learn their lesson as from another Ziyech set-piece, Chilwell bundled the ball in off his hip.

Ramsdale turned another Chilwell effort behind before half-time, but it seemed only a matter of time until Chelsea killed the game off as they dominated the second-half.

The hosts had to wait until 13 minutes from time for the third with Ziyech's wicked free-kick delivery again creating havoc.

This time the Moroccan picked out Silva to flick home his first Chelsea goal.

"I feel comfortable here in the team," said Ziyech after just his second Premier League start.

"They made a good 1-0 but I think after that we did well. We created a lot of chances and scored a lot of goals."

Werner was then put through on goal from Ziyech's defence-splitting pass, but the German hit the woodwork for the second time when his lob over Ramsdale came back off the post.

Moments later, Werner was not to be denied an eighth goal since his move from RB Leipzig when he hammered the ball past Ramsdale.

Chelsea Sheffield United Hakim Ziyech Timo Werner Thiago Silva English Premier League Football
Get the latest updates on IPL Auction 2023 and check out  IPL 2023 and Live Cricket Score. Like us on Facebook or follow us on Twitter for more sports updates. You can also download the NDTV Cricket app for Android or iOS.