Spurs sit five points above the English champions in the fourth and final Champions League place with just eight games of the campaign to go. 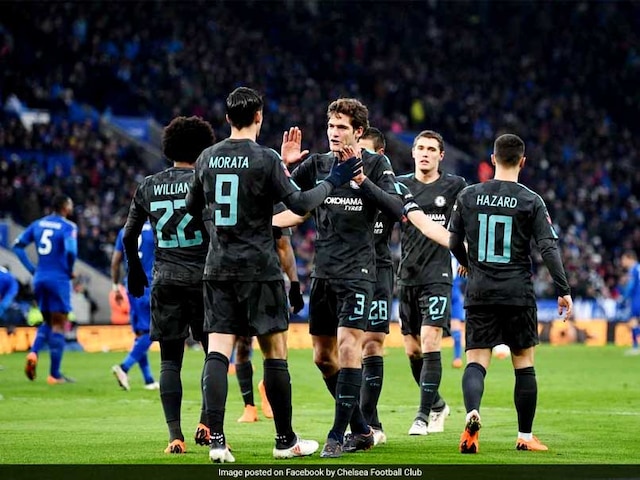 Chelsea host Tottenham Hotspur on Sunday aiming to extend the visitors' 28-year wait for a league win at Stamford Bridge and keep their hopes of Champions League football next season alive in the process. Spurs sit five points above the English champions in the fourth and final Champions League place with just eight games of the campaign to go. Missing out on the top four would almost certainly seal Chelsea manager Antonio Conte's fate with speculation already rife over the Italian's future and who trigger-happy owner Roman Abramovich could look to as his successor. However, Conte remains hopeful that Chelsea can make up the lost ground caused by four defeats in their last six league games.

"If we win, we go very close to Tottenham," said Conte. "Otherwise, we continue to stay not so close and, with seven games to go, it will be difficult to take a place in the Champions League."

By contrast, Spurs are unbeaten in their last 12 league games stretching back to December.

Victory for Mauricio Pochettino's men would be extra sweet as, despite the impressive progress made under the Argentine in recent years, Chelsea have largely continued to hold the upper hand on their London rivals.

Most memorably, Spurs' hopes for a first title since 1961 were ended as Chelsea fought back from 2-0 down to draw 2-2 in a bad-tempered clash labelled 'Battle of the Bridge' in 2016.

Instead, Leicester were crowned champions on a night that saw nine Spurs' players booked and Mousa Dembele slapped with a six-match ban for an eye gouge on Diego Costa.

Tottenham finished runners-up in the Premier League again last season, this time behind a relentless Chelsea, who also beat Spurs 4-2 in the FA Cup semi-finals.

"History is history and is there, but it is not going to help. That is not what counts," said Pochettino.

Spurs' case could be massively boosted by a shock early return for talismanic striker Harry Kane.

The England international was expected to be sidelined for well into April by ankle ligament damage suffered at Bournemouth three weeks ago.

Pochettino was coy on Kane's status on Friday, insisting it was too early to make a judgement call on the man who has already scored 35 goals in all competitions this season.

However, he hailed Kane's work rate to bounce back so quickly from what seemed a very serious injury.

"The most important (thing) is that we are so positive about his recovery, and we are doing fantastic, and we are so happy," said Pochettino.

"After Bournemouth everybody believed it would be a long period out, but the resolution has been fantastic."

Spurs have coped impressively without Kane during injury absences over the past two seasons. However, Conte was clear he would rather not have the headache of stopping he called "one of the best strikers in the world."

"When you have a player, a striker, who scores 30 goals every season, for sure when he's missing you can feel this."

Chelsea have injury problems of their own, though, with goalkeeper Thibaut Courtois and defender Andreas Christensen both doubtful.

Comments
Topics mentioned in this article
Chelsea Tottenham Hotspur English Premier League Football
Get the latest Cricket news, check out the India cricket schedule, Cricket live score . Like us on Facebook or follow us on Twitter for more sports updates. You can also download the NDTV Cricket app for Android or iOS.