Kevin De Bruyne will not have to undergo surgery on the injury which he suffered in training on Wednesday. 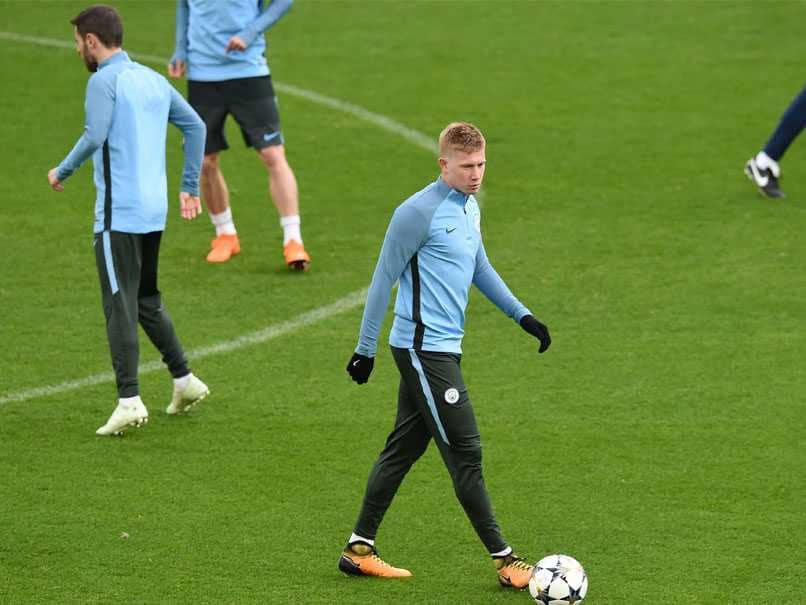 Kevin De Bruyne will be out of action for three months because of a knee injury.© AFP

Belgian star Kevin De Bruyne, a pivotal figure in Manchester City's Premier League title-winning campaign, will be out of action for three months because of a knee injury, the club said Friday. The 27-year-old midfielder -- who scored eight goals and provided 16 assists as City romped to the title last season -- will not have to undergo surgery on the injury which he suffered in training on Wednesday. But his recovery will mean he misses the Premier League clash with the team many think will be City's main title rivals, Liverpool, on October 7 and the Manchester Derby on November 11 as well as part of the Champions League group stage.

"Manchester City can confirm Kevin de Bruyne has suffered a lateral collateral ligament (LCL) lesion in his right knee," the club said in a statement.

"No surgery is required, and the midfielder is expected to be out for around three months."

De Bruyne, who enjoyed a superb FIFA World Cup 2018 as Belgium reached the semi-finals, suffered a similar injury in a league game with Everton in January 2016 although that kept him out of the team for two months.

He came on for a cameo role of half an hour in the 2-0 opening Premier League victory over Arsenal last Sunday.

While the loss of such a player would be a blow to most clubs, City have more depth than most thanks to their Abu Dhabi owners spending generously on players.

The likes of Bernardo Silva, David Silva, Ilkay Gundogan or even the home grown teenage talent Phil Foden are capable of filling the vacuum.

Despite the blow of losing De Bruyne, City remain heavy favourites to become the first side in a decade to retain the Premier League.

Pep Guardiola has promised he will be far tougher on his players this season and there was no sense of complacency in an impressive 2-0 win at Arsenal to open their title defence last weekend.

"There's been a big change," said City defender Kyle Walker on Guardiola's demands. "Obviously he's not settling for one title and we're not as well - we want more."

And Walker is targeting a similar period of domination by the Catalan coach in England.

Belgium Kevin De Bruyne English Premier League Football
Get the latest updates on Fifa Worldcup 2022 and check out  Fifa World Cup Schedule, Stats and Live Cricket Score. Like us on Facebook or follow us on Twitter for more sports updates. You can also download the NDTV Cricket app for Android or iOS.