Kevin de Bruyne is undergoing tests on his right knee after sustaining an injury at training. 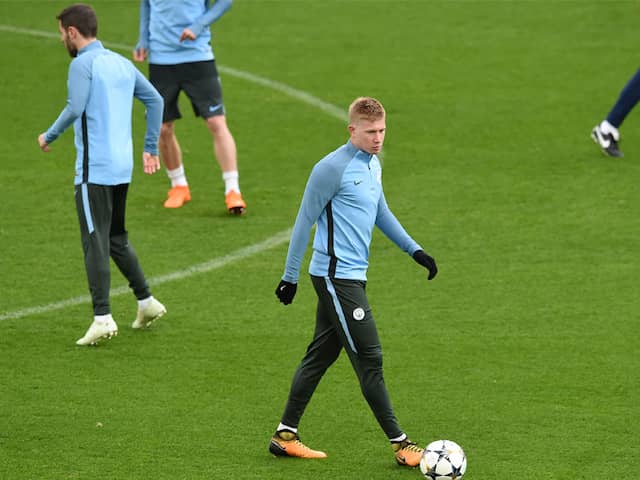 Manchester City midfielder Kevin de Bruyne could face a spell on the sidelines after injuring his right knee in training, the Premier League champions said Wednesday. The 27-year-old, who enjoyed a superb World Cup as Belgium reached the semi-finals, is undergoing tests to assess the seriousness of the injury. "Kevin De Bruyne is undergoing tests on his right knee after sustaining an injury at training on Wednesday," read a club statement on its website. "The extent of the problem is not yet known and we will bring you further updates on Kevin's condition in due course." De Bruyne, who has been at City since 2015, scored eight goals and provided 16 assists last season in a series of dynamic performances for the champions.

According to www.metro.co.uk, De Bruyne faces around two months out after suffering the injury when he caught his studs in the turf before leaving the training ground on crutches.

The Daily Telegraph said he had suffered knee ligament damage similar to the injury he sustained in a league game with Everton in January 2016 and which kept him out of the team for two months.

Due to being given three weeks off following the World Cup he did not play a role in the Community Shield win against Chelsea but came on for a cameo role of half an hour in the 2-0 opening Premier League victory over Arsenal last Sunday.

Manchester City English Premier League Kevin De Bruyne Football
Get the latest Cricket news, check out the India cricket schedule, Cricket live score . Like us on Facebook or follow us on Twitter for more sports updates. You can also download the NDTV Cricket app for Android or iOS.