Manchester City came back from two goals down to beat Aston Villa 3-2 to win the Premier League title in dramatic fashion, even as Liverpool beat Wolves 3-1. 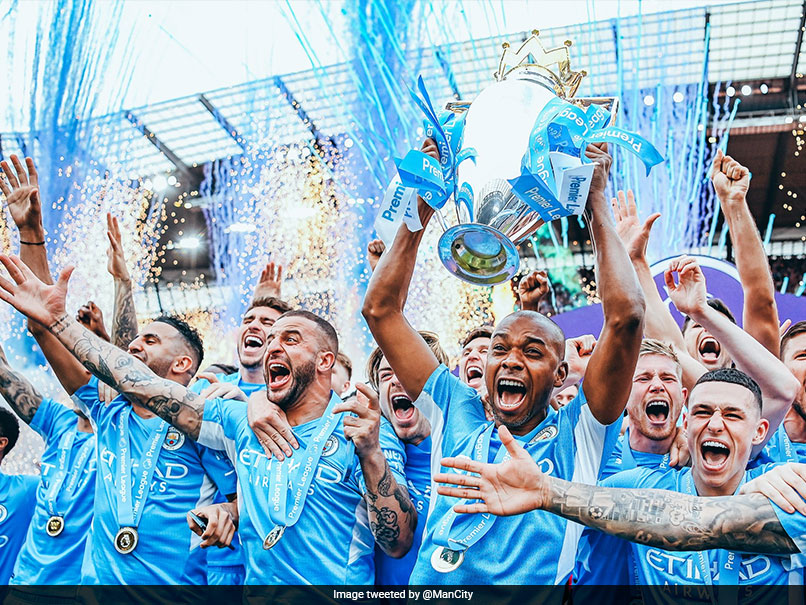 Manchester City retained the Premier League title in the most dramatic of fashion as they hauled themselves back from 2-0 down to beat Aston Villa 3-2 with three goals in the final 15 minutes on Sunday. Ilkay Gundogan came off the bench to score twice with Rodri also on target as Pep Guardiola's men held off Liverpool's title charge to win the league by a point. In scenes remiscent of the first of City's now six league titles in 11 seasons when Sergio Aguero scored a 93rd minute winner to deny Manchester United the title on goal difference, the champions produced a remarkable comeback at the Etihad.

Goals from Matty Cash and former Liverpool favourite Philippe Coutinho looked set to gift the Reds the title. Jurgen Klopp's men did their job by also coming from a goal down to beat Wolves 3-1 at Anfield, but City's rescue act ensured Liverpool's bid for an unprecedented quadruple is over.

Gundogan started the comeback as he headed in Raheem Sterling's cross at the back post.

Rodri then side-footed home from outside the box and Gundogan completed the fightback by tapping home Kevin De Bruyne's cross at the back post.

Guardiola said before the game he wanted no repeat of Aguero's legendary late strike a decade ago.

But the Calatan was the most relieved man in Manchester as he sealed the 10th league title of his coaching career in just 13 seasons.

Fans swarmed onto the pitch to celebrate at full-time and the crossbar at the goal where City scored all of their goals was snapped under the weight of supporters sitting on it.

Aston Villa Philippe Coutinho Ilkay Gundogan Mohamed Salah Sadio Mane Football
Get the latest updates on IPL Auction 2023 and check out  IPL 2023 and Live Cricket Score. Like us on Facebook or follow us on Twitter for more sports updates. You can also download the NDTV Cricket app for Android or iOS.