Pep Guardiola's men edge one point ahead of Liverpool once more with four games of a titanic title race left for both sides. 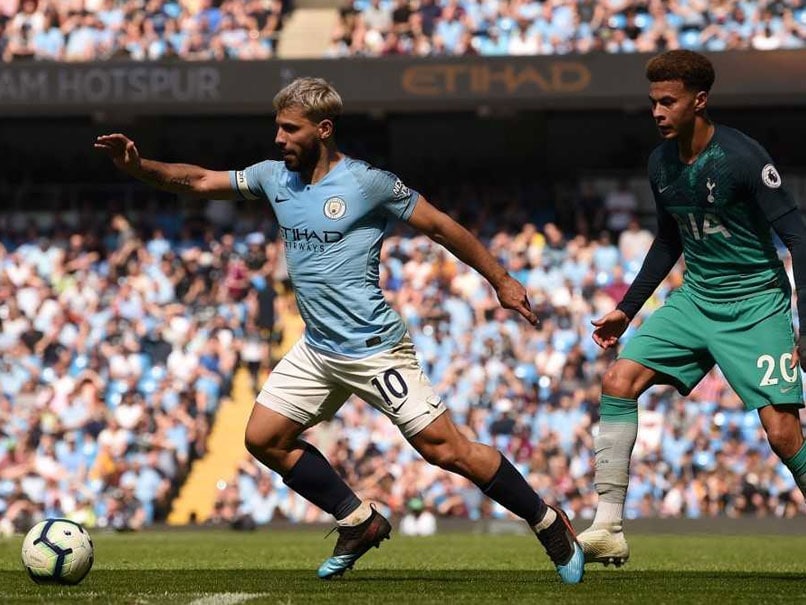 Manchester City exacted some measure of revenge on Tottenham for their Champions League exit as Phil Foden's first Premier League goal earned a 1-0 win to move them back top of the table on Saturday. Pep Guardiola's men edge one point ahead of Liverpool once more with four games of a titanic title race left for both sides. For all their Champions League heroics to get to the semi-finals this season, Tottenham still have much to do to qualify for the competition next season as they could easily end the Easter weekend outside the top four should Arsenal and Chelsea beat Crystal Palace and Burnley at home respectively.

City's quest for an unprecedented quadruple of trophies was ended by defeat on away goals to Spurs on Wednesday, despite winning a thrilling quarter-final, second leg 4-3.

However, they remain on course for a first ever treble of domestic trophies in England as they survived a nervy finale thanks to another blistering start.

Manchester City have made a habit of firing out of the blocks this season and just like in midweek to kickstart a kamikaze encounter, they struck within five minutes.

However, history could easily have repeated itself as after four goals were shared in the opening 11 minutes on Wednesday, Spurs had numerous chances to strike back.

Son Heung-min had already forced Ederson in a smart save from a narrow angle before City scored and the Brazilian goalkeeper had to rush from his goal once more to deny Christian Eriksen an equaliser on 15 minutes.

Two minutes later the Dane played provider with a glorious ball to free Son in behind the City defence.

However, the South Korean, who scored twice in midweek to end City's European dreams for another season, was caught up just in time by Aymeric Laporte, who made a perfectly timed last-ditch tackle.

Despite Tottenham's chances on the break, it was the hosts who were still dominating territory and possession with Bernardo Silva a constant threat.

The Portuguese's outstanding season was rewarded as he was named alongside teammates Aguero and Raheem Sterling in the six-man shortlist for the PFA Player of the Year award and Jan Vertonghen was fortunate to escape without conceding a penalty when he appeared to trip Silva inside the area.

Spurs were without captain Hugo Lloris through injury and his understudy Paulo Gazzaniga looked nervous early on, but the Argentine goalkeeper got down to save Silva's next effort.

Guardiola's decision to leave Kevin de Bruyne out for the first leg of the Champions League quarter-final between the sides was doubly questioned after the Belgian bagged a brilliant hat-trick of assists in midweek.

However, Guardiola's reasoning for being cautious with his playmaker after an injury-plagued season was understandable as De Bruyne limped off again just before the break and may well now miss the rest of the campaign.

Both sides suffered from their midweek exertions and the blazing sun as the second-half meandered along at a much more subdued pace.

Spurs had a big penalty appeal of their own turned down when Kyle Walker handled inside the area against his former club.

Sterling briefly thought he had completed a hat-trick in stoppage time on Wednesday with the goal that would have sent City through to the Champions League last four until VAR ruled the goal out for offside.

And the England international could not believe his misfortune once more when Gazzaniga stuck out an outstretched leg to prevent Sterling sealing a vital three points from Leroy Sane's cut-back.

Instead, City had to suffer through the closing stages knowing one mistake could cost them the title.

But they held on as Spurs suffered an eighth straight away defeat to English opposition.

Tottenham Hotspur English Premier League Football Manchester City vs Tottenham Hotspur, Game week 35
Get the latest updates on T20 World Cup, check out the T20 World Cup Schedule and Live Score . Like us on Facebook or follow us on Twitter for more sports updates. You can also download the NDTV Cricket app for Android or iOS.