In six seasons at Leicester, Vardy, 31, has scored 88 goals and most memorably spearheaded the Foxes' incredible Premier League triumph in 2015/16. 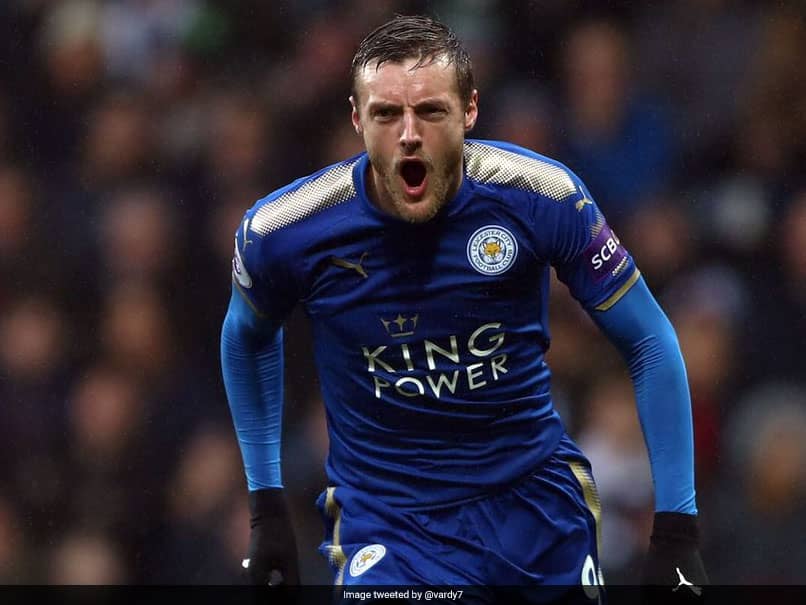 Leicester City tied down England striker Jamie Vardy to a new four-year contract on Thursday after bolstering their defensive options with the signings of Croatian Filip Benkovic and Turkish international Caglar Soyuncu. Despite adding two centre-backs on deadline day for Premier League clubs, Leicester also resisted interest from Manchester United for England international Harry Maguire. The two sides meet on Friday in the opening game of the Premier League season at Old Trafford.

#lcfc is delighted to confirm that Jamie Vardy has signed a new contract until June 2022!

In six seasons at Leicester, Vardy, 31, has scored 88 goals and most memorably spearheaded the Foxes' incredible Premier League triumph in 2015/16.

"Everybody knows how I feel about playing for this football club and it's a great feeling to know that I can look forward to another four years as a Leicester City player," Vardy said in a Leicester statement.

"The journey that me, the team and the club has been on over the past few years has been incredible. Going into the new season, it's an exciting time for Leicester City and I'm delighted to be a part of it."

Soyuncu, 22, joins from German side Freiburg in a deal worth a reported 19 million euros ($24.5 million), while Croatian under-21 international Benkovic will reportedly cost 13 million euros from Dinamo Zagreb.

Leicester City Jamie Vardy English Premier League Football
Get the latest updates on IPL 2020, check out the IPL Schedule for 2020 and Indian Premier League (IPL) Cricket live score . Like us on Facebook or follow us on Twitter for more sports updates. You can also download the NDTV Cricket app for Android or iOS.