Ghezzal joined Lyon's academy at the age of 12, and signed his first professional contract with the club in 2010. 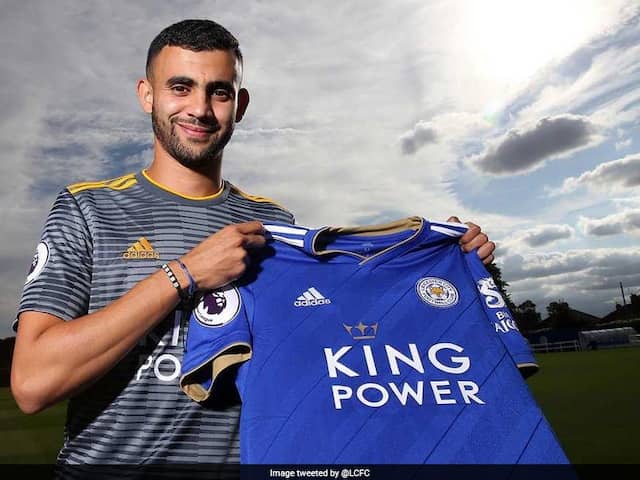 Leicester City on Monday signed Algeria winger Rachid Ghezzal from Ligue 1 club AS Monaco for an undisclosed fee. The 26-year-old winger on Sunday signed a four-year contract with his new football club for an undisclosed fee, reports Xinhua news agency. He will reunite with Leicester City manager Claude Puel, who was in charge of Lyon where the winger progressed through the academy. "I'm very excited and very happy to be here. I know the coach from Lyon and this is where I want to be. It's a good club and an ambitious one too. Leicester City has many great players and I hope we will have a great season," said Ghezzal after signing his contract.

Ghezzal joined Lyon's academy at the age of 12, and signed his first professional contract with the club in 2010. The winger spent two years with Lyon B before being promoted to the first team. His senior debut arrived in October 2012 in the UEFA Europa League.

Ghezzal made his debut for the Algerian national team in March 2015 and played in each of the team's group stage games at the 2017 African Cup of Nations. He will be Leicester City's fifth signing this summer.

AS Monaco English Premier League Football
Get the latest Cricket news, check out the India cricket schedule, Cricket live score . Like us on Facebook or follow us on Twitter for more sports updates. You can also download the NDTV Cricket app for Android or iOS.