Gareth Bale has returned to north London on a season-long loan from Real Madrid after seven years of highs and lows since joining the Spanish giants for a then world-record fee. 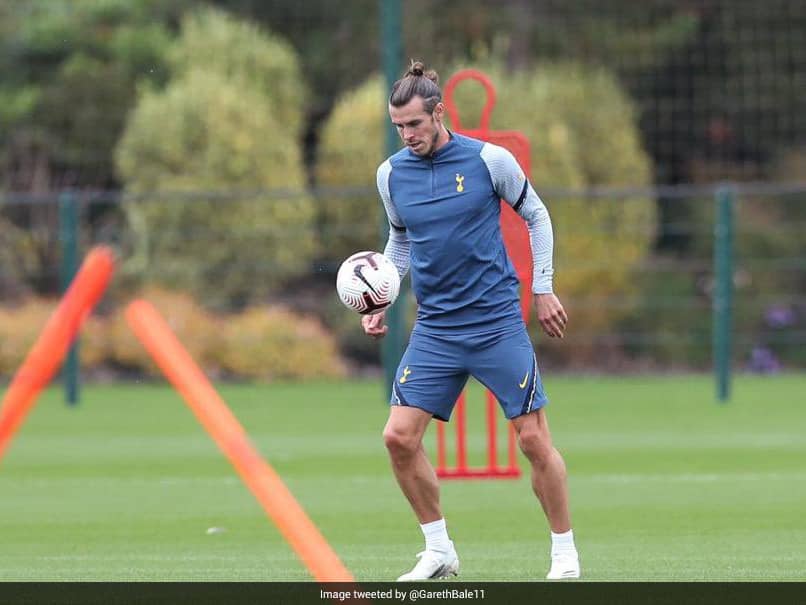 Gareth Bale is expected to make his second Tottenham debut against West Ham on Sunday.© Twitter

Gareth Bale is expected to make his second Tottenham debut against West Ham on Sunday, but Jose Mourinho claims even the Welsh star's place is not guaranteed as he revels in the squad depth at his disposal. Bale has returned to north London on a season-long loan from Real Madrid after seven years of highs and lows since joining the Spanish giants for a then world-record fee. He scored in two Champions League finals as Madrid won the competition four times in his first five seasons.

But Bale's performances also attracted plenty of criticism, while he struggled with injuries and the adaptation to life in Spain.

Injury has also delayed his Tottenham return on the field, but the familiar surroundings have made the 31-year-old more relaxed after his Madrid misery and he has been pictured in the stands supporting his new team-mates.

Mourinho said on Friday that Sergio Reguilon, who also moved from Madrid to Spurs last month, commented that Bale looks a "different guy" from the shy figure in the Spanish capital.

But questions remain over whether he can emulate the success of his first spell with Tottenham, when he developed into one of the world's best.

In the final season before his big move, Bale scored 26 goals but it still was not enough to secure a place in the Champions League as Andre Villas-Boas's side finished fifth.

During his time in Spain, Spurs became Champions League regulars, reaching the final for the first time in 2019.

This season is the first in five years Tottenham are not in Europe's top club competition, but a Champions League return is the least they expect after bringing back Bale to form a potentially thrilling front three alongside Harry Kane and Son Heung-min.

Kane and Son have combined spectacularly to thrash Manchester United 6-1 and Southampton 5-2 already this season.

Injuries to both hampered Spurs' chances of making the top four last season, but Mourinho is confident he now has the squad to challenge on multiple fronts.

Despite the club's rise in recent years, Tottenham have still not won a trophy since 2008.

"We have a squad where every player has to fight a lot and play very well to deserve a place in the team," said Mourinho.

"The squad is so good, so strong. We have so many options that I refuse to say this player is a first choice.

"I can feel even in the players this feeling I love. They are happy but they are worried.

"They are happy that the squad is good, that people are coming to make the squad better. But at the same time they are worried about themselves, 'am I going to play or not going to play?' This is the kind of feeling you have in the top teams and we are having that now."

Bale has plenty of experience of those demands from his time at Madrid, which is regarded as bittersweet at best despite winning 13 trophies.

"By going to Madrid, winning trophies and going far with the national team I feel like I have that winning mentality of how to win trophies," Bale said on his return.

"You don't realise it until you're there and in those situations in finals, knowing how to deal with the situation, the nerves, the pressure.

"That all goes with experience, so hopefully I can bring that to the dressing room, bring a bit more belief to everybody that we can win a trophy.

"The target is to do that this season. Not to just win one but to be fighting on every front possible."

Real Madrid Gareth Bale English Premier League Football
Get the latest updates on India vs Australia Series, check out the India vs Australia Schedule for 2020-21 and Ind vs Aus live score . Like us on Facebook or follow us on Twitter for more sports updates. You can also download the NDTV Cricket app for Android or iOS.