Just weeks after playing a key role in France's World Cup glory, Lloris's reputation has been tarnished by his late-night antics. 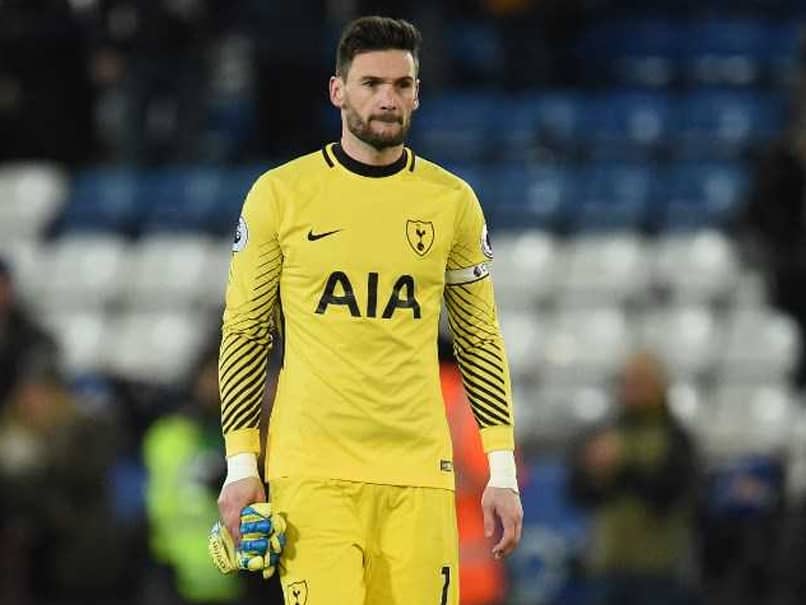 Lloris is due to play for Tottenham in their league match at Manchester United on Monday.© AFP

France's World Cup-winning captain Hugo Lloris has been charged with drink-driving after the Tottenham keeper was stopped by police in the early hours of Friday morning. Just weeks after playing a key role in France's World Cup glory, Lloris's reputation has been tarnished by his late-night antics. Lloris was pulled over in a routine stop at 2:20 am (0120 GMT) in Gloucester Place, central London. The 31-year-old was reported to have failed a roadside breathalyser test and has been released on bail to appear at Westminster magistrates' court next month.

After spending seven hours in a cell, Lloris, a married father of two, returned home on foot and refused to answer questions from reporters.

"A man has been charged following a routine patrol stop in Gloucester Place, W1," a Metropolitan Police spokesperson told AFP.

"Hugo Lloris, 31, of East Finchley, was charged with drink driving on Friday, 24 August.

"He has been bailed to return to Westminster magistrates' court on Tuesday, 11 September."

France won their second World Cup with a 4-2 final win over Croatia, although Lloris was guilty of a bad mistake that allowed Mario Mandzukic to score in the Moscow title match.

He had kept clean-sheets in France's semi-final win over Belgium and their quarter-final success against Uruguay.

Lloris signed a new 150,000 pounds ($193,000)-per-week deal at Tottenham during the summer as he was rewarded for another fine season.

After leading France to their World Cup triumph, Lloris returned to domestic action with Tottenham.

He featured in their opening two Premier League matches as Mauricio Pochettino's side beat Newcastle and Fulham.

Lloris is due to play for Tottenham in their league match at Manchester United on Monday.

He has been with Tottenham since joining from Lyon in 2012, making 256 appearances for the north London club.

Hugo Lloris English Premier League Football
Get the latest updates on IPL 2021, IPL Points Table , IPL Schedule 2021 , live score . Like us on Facebook or follow us on Twitter for more sports updates. You can also download the NDTV Cricket app for Android or iOS.