Chelsea can cap an encouraging first season in charge for Frank Lampard if they beat Arsenal in the FA Cup final at Wembley on Saturday. 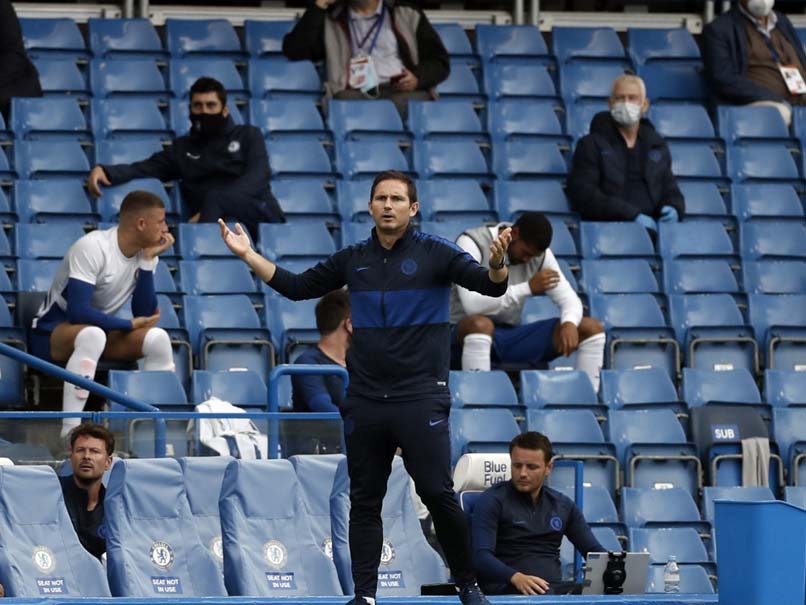 Frank Lampard insisted Chelsea must not rest on their laurels after qualifying for the Champions League.© AFP

Frank Lampard insisted Chelsea must not rest on their laurels after qualifying for the Champions League because they have improvements to make before chasing Premier League winners Liverpool next season. Lampard's side needed one point from their last game of the season to be sure of featuring in the Champions League and they achieved that target with a 2-0 win against Wolves on Sunday. First half goals from Mason Mount and Olivier Giroud at Stamford Bridge ensured they held onto the top four berth that had been theirs for most of the season.

The Blues had not ended a round of fixtures outside the top four since October 6.

Chelsea can cap an encouraging first season in charge for Lampard if they beat Arsenal in the FA Cup final at Wembley on Saturday.

They also have to face Bayern Munich in the Champions League last 16 second leg, but trail 3-0 ahead of the trip to Germany in August.

It is next season's Champions League campaign that is more alluring to Chelsea, who will bank at least 50 million pounds ($63 million) in prize money and broadcasting revenue from the competition -- cash that will help fund Lampard's ongoing overhaul of the squad.

In just his second season as a manager -- he spent his first campaign at second tier Derby -- Lampard took over a team in flux after the departure of Eden Hazard to Real Madrid.

His astute development of promising youngsters including Mount, Tammy Abraham and Reece James has them well positioned to grow stronger next term.

But Chelsea lost 12 times in the league for only the second time since Roman Abramovich became owner in 2003.

And Lampard knows his team's inconsistent spells must be cut out to have any chance of closing the 33-point gap to Liverpool.

"I suppose at Chelsea we have to be careful getting excited by top-four finishes, but coming into the job, I don't think a lot of people put us in that bracket," Lampard said.

"We know where we are at, it is a progress. Now we've secured top four can we look to improve to close that gap?

"The gap is there for a reason and there because Manchester City and Liverpool have taken it to different levels."

Error-prone Kepa, linked with a close-season move, has struggled to live up to his price tag as the world's most expensive keeper since the Spaniard's 71.6 million pounds ($91.5 million) transfer from Athletic Bilbao in 2018.

Chelsea's new German striker Timo Werner, signed from Leipzig for next season, was watching in a mask high in the stands.

"What we've done this season is take the opportunity to bring in the younger players and improve the existing players," Lampard said.

"There were a lot of unknowns when I came in, could we move forward without Eden Hazard? We knew we had lost a massive player. We've a real spirit within the group now and it's a real team effort now.

"The challenge now is to see what more we can do next season."

Mount curl a superb free-kick past Rui Patricio for his first league goal since March.

Then, Mount slipped a pass through to Giroud, who held off Conor Coady and rounded Rui Patricio before stabbing into the roof of the net.

Wolves finish seventh and will only qualify for the Europa League if Arsenal win the FA Cup.

Wolverhampton Frank Lampard Timo Werner Hakim Ziyech English Premier League Football
Get the latest updates on Fifa Worldcup 2022 and check out  Fifa World Cup Schedule, Stats and Live Cricket Score. Like us on Facebook or follow us on Twitter for more sports updates. You can also download the NDTV Cricket app for Android or iOS.