Football chiefs in England have written to social-media platforms Twitter and Facebook to put in place mechanisms to filter or block posts that have racist comments. 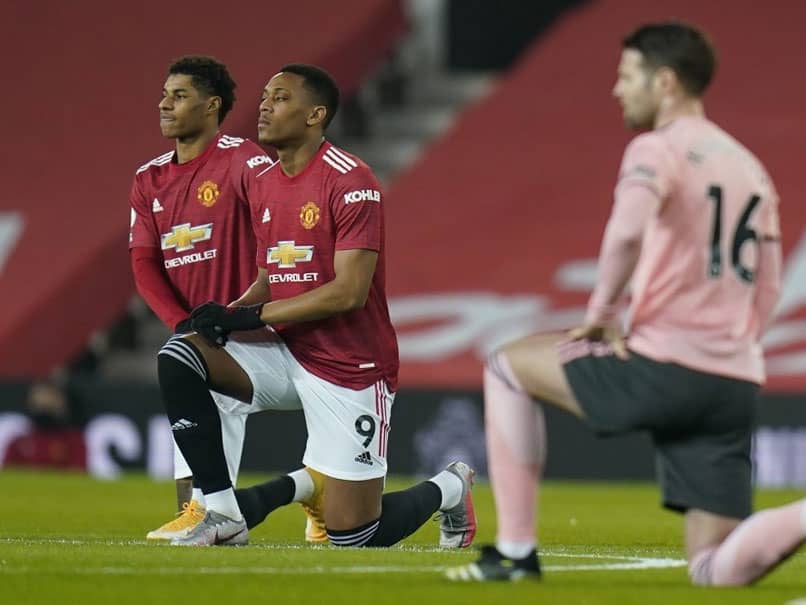 Manchester United's Marcus Rashford and Anthony Martial have been targeted with abuse on social media.© AFP

Football chiefs in England have written to the bosses of Twitter and Facebook calling for action to tackle "havens of abuse" after a spate of online racist incidents. An open letter to the platforms' chief executives Jack Dorsey and Mark Zuckerberg asks them "for reasons of basic human decency" to address the stubborn problem. A number of players including Manchester United trio Anthony Martial, Marcus Rashford and Axel Tuanzebe, as well as Chelsea full-back Reece James, have been targeted on social media in recent weeks.

"The language used is debasing, often threatening and illegal," said the letter. "It causes distress to the recipients and the vast majority of people who abhor racism, sexism and discrimination of any kind.

"We have had many meetings with your executives over the years but the reality is your platforms remain havens for abuse."

"Your inaction has created the belief in the minds of the anonymous perpetrators that they are beyond reach," they said.

The letter calls on the platforms to put in place mechanisms to filter or block posts with racist or discriminatory content, take down offending material and ensure an improved verification process to identify account holders.

The letter from football chiefs acknowledged the steps being taken but said "far more is needed to drive change".

"We're introducing a new age of accountability for these (social media) companies through our upcoming Online Safety Bill and this could see huge fines for firms which fail to clearly and transparently protect their users," he said.

Comments
Topics mentioned in this article
Marcus Rashford Anthony Martial English Premier League Football
Get the latest updates on IPL 2021, IPL Points Table , IPL Schedule 2021 , live score . Like us on Facebook or follow us on Twitter for more sports updates. You can also download the NDTV Cricket app for Android or iOS.