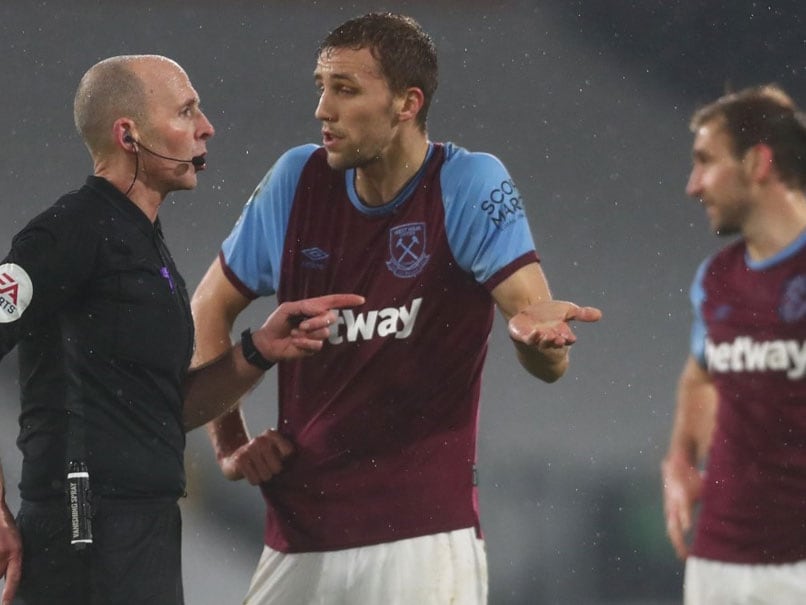 Mike Dean had reportedly asked to be excused from duty next weekend.© AFP

Premier Leaguereferee Mike Dean has alerted police after his family received death threats following two controversial red cards he issued over the past week. Dean was criticised for sending off Southampton defender Jan Bednarek against Manchester United last Tuesday and West Ham midfielder Tomas Soucek in Saturday's match at Fulham. Both decisions have now been overturned on appeal. Reports said Dean had asked to be excused from duty next weekend although it is understood he will referee Wednesday's FA Cup fifth-round match between Leicester and Brighton.

"Threats and abuse of this nature are totally unacceptable and we fully support Mike's decision to report these messages his family received to the police," he said.

"Nobody should be victim of abhorrent messages like this. Online abuse is unacceptable in any walk of life and more needs to be done to tackle the problem."

Bednarek was sent off for a challenge on Anthony Martial in Manchester United's 9-0 win over Saints, with Dean sticking with his initial decision after being invited to check the pitchside monitor at Old Trafford.

Dean sent off Czech midfielder Soucek for catching Aleksandar Mitrovic with his elbow by accident in Saturday's goalless draw.

Dean checked the replays on the pitchside monitor after consulting VAR and decided the incident merited a straight red.

West Ham boss David Moyes said he was "disappointed with football in general" after the incident involving Soucek.

Moyes was unimpressed by Mitrovic's reaction -- the Serbia striker went down clutching his face -- but said the referees needed to be stronger in their decision-making.

"The only people who can stop it are the officials. No-one else can change it. If players are going to do this, it needs to change."

Fulham English Premier League Football
Get the latest updates on ICC T20 Worldcup 2022, check out the Schedule and Live Score. Like us on Facebook or follow us on Twitter for more sports updates. You can also download the NDTV Cricket app for Android or iOS.