Courtois, 26, has a year remaining on his contract and has been repeatedly linked with a move to Real Madrid 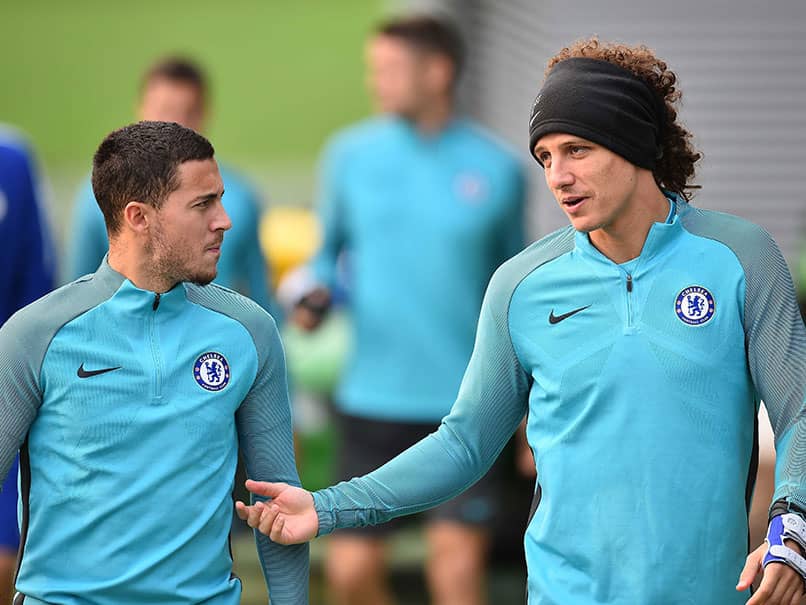 Chelsea defender David Luiz has urged Thibaut Courtois and Eden Hazard to stay at Stamford Bridge but the Brazilian believes the Blues can thrive if the pair leave. Courtois, 26, has a year remaining on his contract and has been repeatedly linked with a move to Real Madrid. Chelsea risk losing him for a reduced fee in January or for free next summer. The agent for the Belgian, voted the best goalkeeper at the World Cup in Russia, has said he wants a move to Madrid to be close to his two children. Hazard, whose deal expires in 2020, has stalled over a new contract offer and has long been the subject of speculation over a move to Real.

"Chelsea wants for the best players to stay," said Luiz. "They know Chelsea a lot, so they know what they've had here, the fun they've had here. Everybody loves them and I hope they can stay."

The transfer window for incoming players to Premier League clubs closes this Thursday, but Luiz is adamant the Blues have enough quality even if Courtois and Hazard go.

"I want them to stay, because we have top players with the confidence," Luiz said. "If they decide to leave, I think we will continue with fantastic players."

Willian is another Chelsea player linked with a move, with Manchester United, Barcelona and Real reportedly courting the Brazil playmaker but Luiz dismissed the idea of his lifelong friend leaving.

"Since the beginning, he told me he loved Chelsea," he said.

Luiz played a crucial role in Chelsea's title triumph in Antonio Conte's first season as head coach before injury and a rumoured fallout saw him sidelined.

He insists he never contemplated leaving Chelsea for a second time and is now keen to show he can be a key figure for Sarri's Chelsea.

"I was just working and trying to do my best," Luiz added. "Everybody has the opportunity, you just have to show him character, physical quality, technical quality, so since the first day I'm trying to do that."

The 59-year-old Italian's style has been likened to Pep Guardiola's.

But while Manchester City gave the Catalan time to adjust in his first season in England, there is precious little time for Sarri.

Real Madrid Thibaut Courtois Eden Hazard David Luiz English Premier League Football
Get the latest updates on IPL 2020, check out the IPL Schedule for 2020 and Indian Premier League (IPL) Cricket live score . Like us on Facebook or follow us on Twitter for more sports updates. You can also download the NDTV Cricket app for Android or iOS.