Gonzalo Higuain showed why he has a stellar scoring record over the past decade in Spanish and Italian football with two excellent finishes to open his Premier League account. 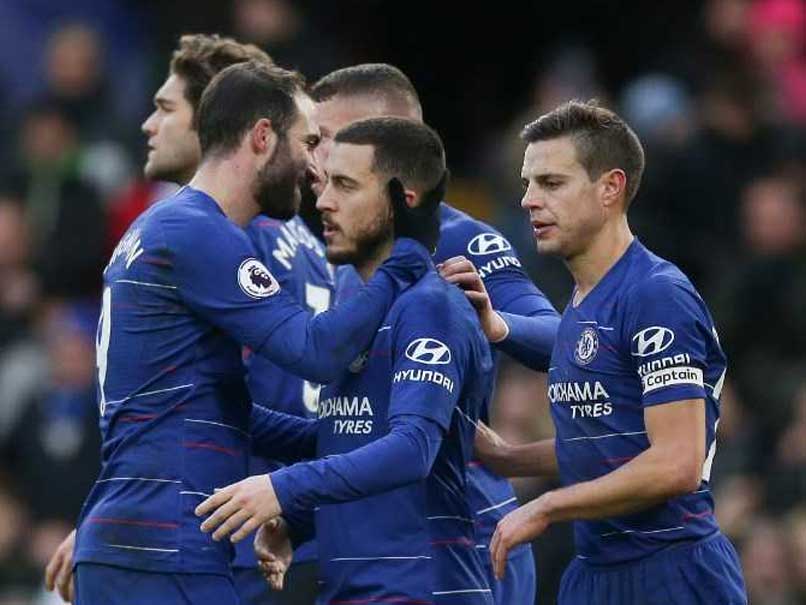 Eden Hazard believes teammate Gonzalo Higuain's first two goals for Chelsea in Saturday's 5-0 rout of Huddersfield Town is just the beginning for the Argentine ace, with whom he foresees a potentially lethal partnership in the Premier League run in. The Belgian also scored a double against the Terriers as Maurizio Sarri's men bounced back from a 0-4 thrashing at the hands of Bournemouth in midweek that plunged the Italian's future into question. Sarri worked with Higuain when the Argentine scored a record 36 Serie A goals in a single season at Napoli.

And Higuain showed why he has a stellar scoring record over the past decade in Spanish and Italian football with two excellent finishes to open his Premier League account.

"He's a great striker. He's a bit less of a target man than (Olivier) Giroud, but he can hold the ball, he can play one touches. He's intelligent," said Hazard.

"In the box he's unbelievable. He will score more goals."

Victory lifted Chelsea back into the top four above Arsenal, who visit Manchester City on Sunday.

However, Chelsea face their own daunting run of fixtures in February with two clashes against Manchester City in the Premier League next weekend and the League Cup final as well a FA Cup tie against Manchester United and Tottenham Hotspur visiting Stamford Bridge at the end of the month.

"This month is going to be hard," admitted Hazard. "But we are Chelsea. We can beat everyone if we want."

Manchester United Eden Hazard English Premier League Football
Get the latest updates on ICC Women's Cricket World Cup 2022 and IPL 2022, check out the Schedule , Live Score and IPL Points Table. Like us on Facebook or follow us on Twitter for more sports updates. You can also download the NDTV Cricket app for Android or iOS.