Coronavirus: Arsenal Players To Resume Training From Next Week

Football is currently suspended indefinitely in England, with the UK under lockdown. 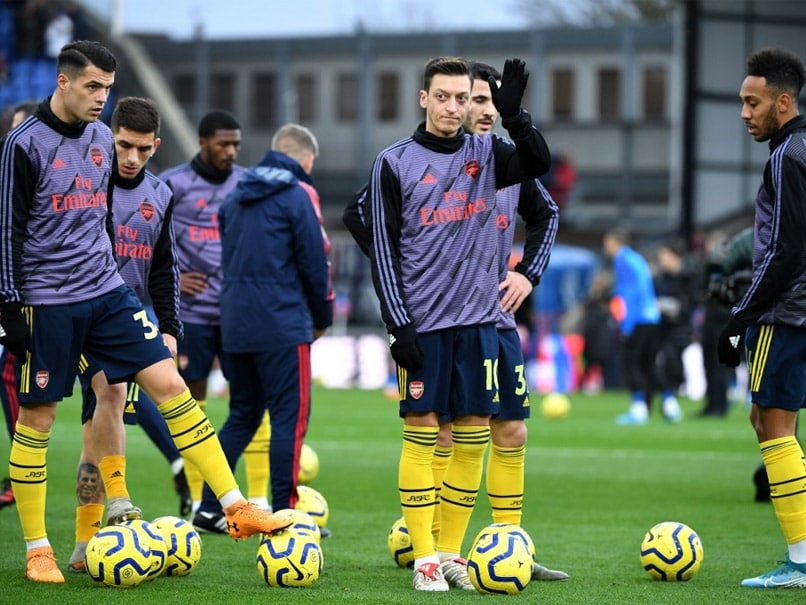 Arsenal's squad will be allowed back to their training ground from next week.© AFP

Arsenal's squad will be allowed back to their training ground from next week, although the club stressed they would still have to maintain British government guidelines designed to combat the spread of the coronavirus. The Premier League side's players will have access to training pitches but on a strict rotational basis that will see them uphold social distancing measures.

"Players will be permitted access to our London Colney training grounds next week," said a club spokesperson.

"Access will be limited, carefully managed and social distancing will be maintained at all times.

"All Colney buildings remain closed. Players will travel alone, do their individual workout and return home."

This week saw Arsenal become the first Premier League club to agree a coronavirus pay cut with their players as manager Mikel Arteta and his stars slashed their wages by 12.5 percent.

There are reports Arsenal, whose yearly wage bill is around $286 million, will give players their money back in the event that they bridge an eight-point gap and qualify for the Champions League when football restarts.

Football is currently suspended indefinitely in England, with the UK under lockdown.