Arsenal said players will be isolated for 14 days after coming into contact with the owner of Greek club Olympiakos, who has tested positive for COVID-19. 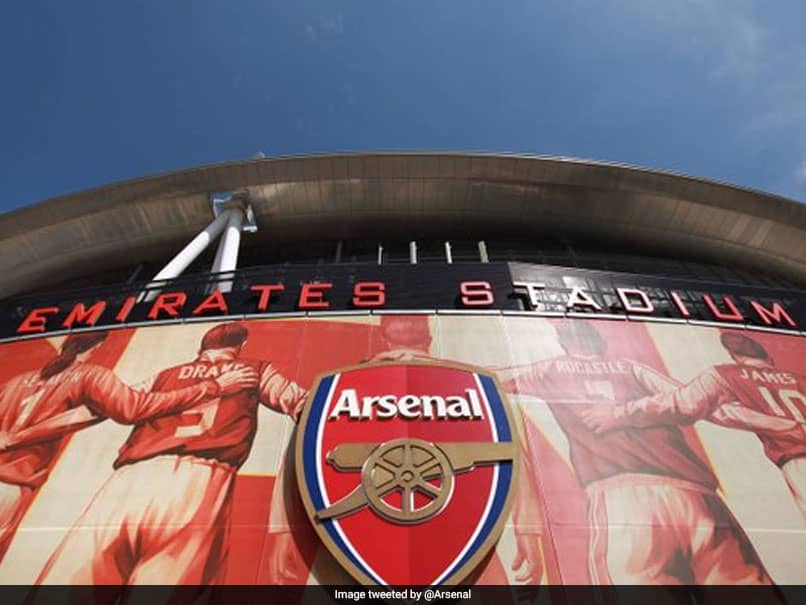 Arsenal were knocked out of the Europa League by Olympiakos in late February.© Twitter

Arsenal's game at Manchester City was postponed on Wednesday after players from the London club were put into quarantine, making it the first Premier League fixture to be called off because of the new coronavirus. Arsenal said players will be isolated for 14 days after coming into contact with the owner of Greek club Olympiakos, who has tested positive for COVID-19. "We are strictly following the government guidelines which recommend that anyone coming into close contact with someone with the virus should self-isolate at home for 14 days from the last time they had contact," an Arsenal statement said.

"As a result, the players are unavailable for tonight's (Wednesday's) match against Manchester City and the Premier League has decided the game should be postponed."

The first postponement in the Premier League, which has a worldwide following of billions of TV viewers, comes after UEFA's Champions League and Europa League were both forced to arrange matches behind closed doors.

Football's top-flight Serie A and all other sports have been put on hold in Italy, which is under national lockdown as virus cases soar.

Matches in the top two divisions in Spain and France will be played behind closed doors for at least the next two weeks, officials announced Tuesday.

In Asia, football has been suspended in China, South Korea and Japan, and the AFC Champions League schedule heavily disrupted.

Arsenal were knocked out of the Europa League by Olympiakos in late February. Vangelis Marinakis, owner of the Greek club and England's Nottingham Forest, announced on Tuesday that he had tested positive for the coronavirus.

Arsenal said the players and four staff who met Marinakis after the game at their stadium will be remain at their homes until the quarantine period is complete.

"The medical advice we have received puts the risk of them developing Covid-19 at extremely low," the club added.

Manchester City said the postponement was a "precautionary measure" and that information about rescheduling would be available in the coming days.

The postponement could also frustrate Premier League leaders Liverpool as a Manchester City defeat would have taken them to the brink of their first top-flight title in 30 years.

Wolves manager Nuno Espirito Santo on Tuesday joined a number of managers, including Liverpool's Jurgen Klopp, in voicing disquiet at being asked to playing in an empty stadium.

Manchester City English Premier League Football
Get the latest updates on IPL 2021, IPL Points Table , IPL Schedule 2021 , live score . Like us on Facebook or follow us on Twitter for more sports updates. You can also download the NDTV Cricket app for Android or iOS.