Kai Havertz has made one of the highest-profile moves of the transfer window as part of Frank Lampard's major overhaul at Chelsea. 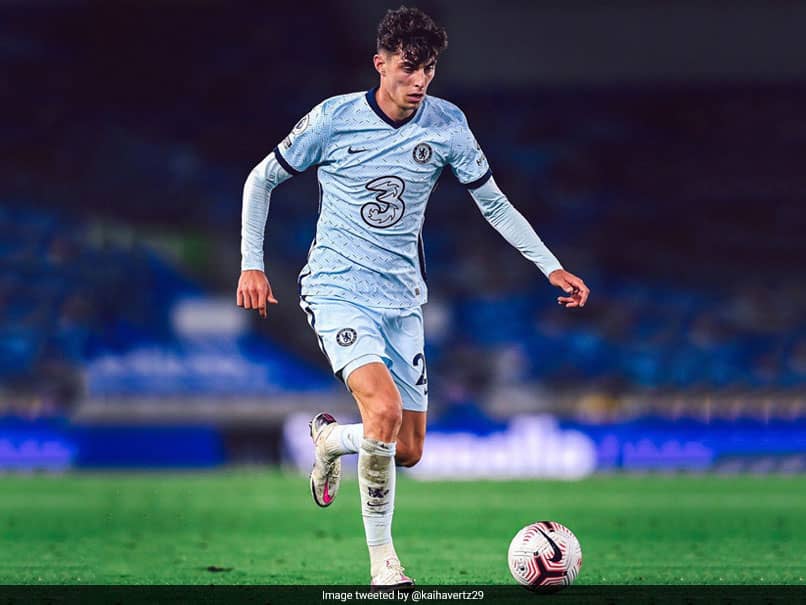 Kai Havertz made his debut for Chelsea in Monday's 3-1 win at Brighton.© Twitter

New Chelsea signing Kai Havertz says he does not feel under pressure to justify his $90 million price tag at Stamford Bridge, as he sets his sights on emulating manager Frank Lampard. The German playmaker has made one of the highest-profile moves of the transfer window as part of Lampard's major overhaul. Havertz, who made his debut for the London club in Monday's 3-1 win at Brighton, dismissed concerns that the size of the fee would be a burden. "Of course it's a big price tag but I think in football today it is normal to pay these prices," said the former Bayer Leverkusen player.

"So for me, I will not put a lot of pressure on myself because I think I am doing not the best or the worst because the price tag is that high."

Havertz showed glimpses of his quality against Brighton but struggled for rhythm after a short pre-season with the Blues.

The 21-year-old grew up watching Lampard as a player at Chelsea and said his new boss was an ideal role model.

"I watched many games of him as a kid, and he was also like the way I play as a midfielder, to go in the box, to score goals and make assists," said Havertz of Lampard.

"He can give me tips and I think he will help me a lot to become a better football player, a better midfield player, so I am very excited that he is my manager now," he added.

Chelsea Frank Lampard Football
Get the latest updates on India vs Australia Series, check out the India vs Australia Schedule for 2020-21 and Ind vs Aus live score . Like us on Facebook or follow us on Twitter for more sports updates. You can also download the NDTV Cricket app for Android or iOS.