The Senegal international will compete for a starting spot with Kepa Arrizabalaga, who has struggled for form and confidence at Stamford Bridge. 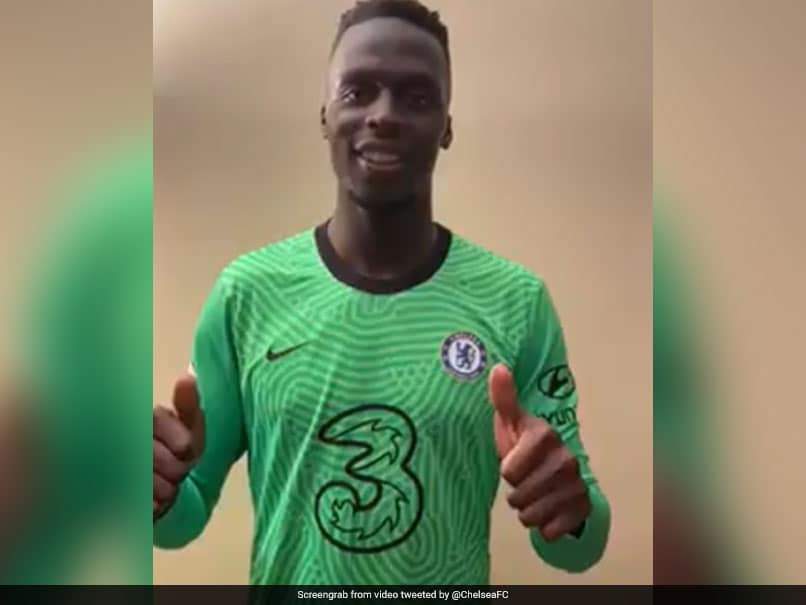 Chelsea on Thursday announced the signing of goalkeeper Edouard Mendy from Rennes on a five-year deal for a reported fee of $28 million. The Senegal international will compete for a starting spot with Kepa Arrizabalaga, who has struggled for form and confidence at Stamford Bridge. He is Frank Lampard's seventh senior signing of a busy summer following the arrivals of Timo Werner, Hakim Ziyech, Ben Chilwell, Kai Havertz, Thiago Silva and Malang Sarr. "I am so excited to be joining Chelsea," said Mendy. "It's a dream for me to be a part of this exciting squad and to work with Frank Lampard and all of his coaching staff."

"I look forward to meeting my team-mates and can't wait to get started."

The 6 feet 5 inch (1.96 metre) stopper kept nine clean sheets in 24 Ligue 1 appearances last season, helping the Bretons finish third and qualify for the Champions League for the first time in their history.

Although born in France, Mendy, 28, opted to represent Senegal at international level.

Chelsea director Marina Granovskaia said: "As soon as Petr Cech (technical and performance advisor) and our technical team identified Edouard as the most suitable goalkeeper to complement our existing group, there was only one player we wanted to bring in."

"Edouard arrives following a season of real success with Rennes. He is ambitious for more, and we welcome him to our club."

Kepa, who cost Chelsea 72 million in 2018, has proved error-prone and was dropped twice by Lampard in favour of 38-year-old Willy Caballero last season.

He made another high-profile mistake against Liverpool on Sunday, gifting possession to Sadio Mane for his second goal.