Antonio Rudiger is Chelsea's second signing of the close season though the first to cost any money. Willy Caballero joined the London giants on a free transfer following his release from rivals Manchester City. 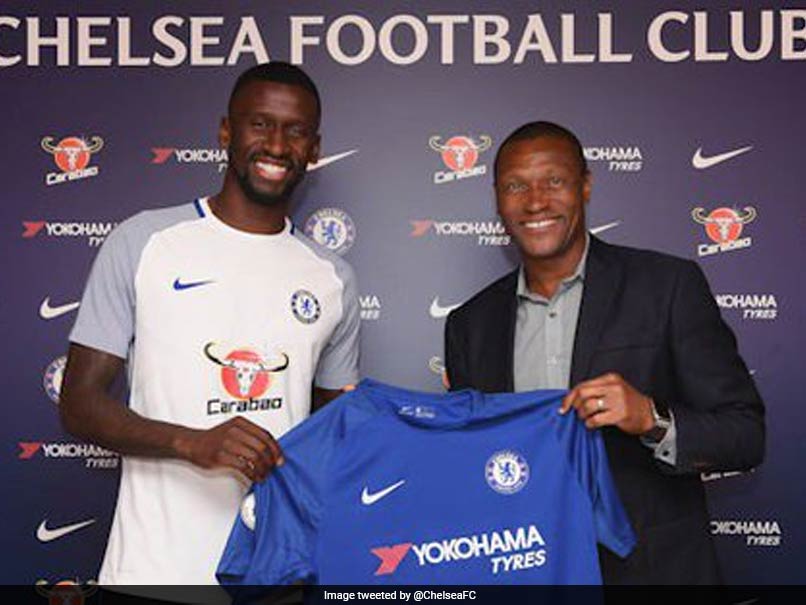 Antonio Rudiger has signed a five-year contract with Chelsea.© Twitter

German international defender Antonio Rudiger joined Chelsea from Italian club Roma for a reported fee of 29 million pounds (USD 37.3m, 32.7m euros), the London club announced on Sunday. The 24-year-old -- whose fee with add-ons could rise to 33.3m pounds -- signed a five-year contract a week after helping his country win the FIFA Confederations Cup. Rudiger, who had been with Roma since joining from Stuttgart in 2015, provides a boost for Chelsea a day after they suffered the bitter disappointment of seeing striker Romelu Lukaku, their main transfer target of the close season, agree to join Manchester United instead.

"It's a great feeling because not every player has the opportunity to join a huge club like this," Rudiger told the club's website.

"I am looking forward to meeting up with my new team-mates and I'm very proud to officially become a Chelsea player."

Chelsea technical director Michael Emenalo said Rudiger -- who has been capped 17 times since making his debut in 2014 -- possessed the qualities to blossom in the Premier League.

"We are pleased to be able to bring in a player of proven quality who adds to our defensive options," added Emenalo.

"Antonio is still young but is experienced at club and international level and possesses all the requisite attributes to thrive in the Premier League.

"We have been aware of him for some time and we are confident he will fit in well with the squad."

Rudiger, who has scored 12 goals in his professional career but also picked up six red cards, is Chelsea's second signing of the close season though the first to cost any money.

Comments
Topics mentioned in this article
Chelsea Roma Germany Antonio Rudiger English Premier League Football
Get the latest updates on T20 World Cup, check out the T20 World Cup Schedule and Live Score . Like us on Facebook or follow us on Twitter for more sports updates. You can also download the NDTV Cricket app for Android or iOS.