Chelsea will only receive payments related to Cesc Fabregas' performance on the Mediterranean coast. 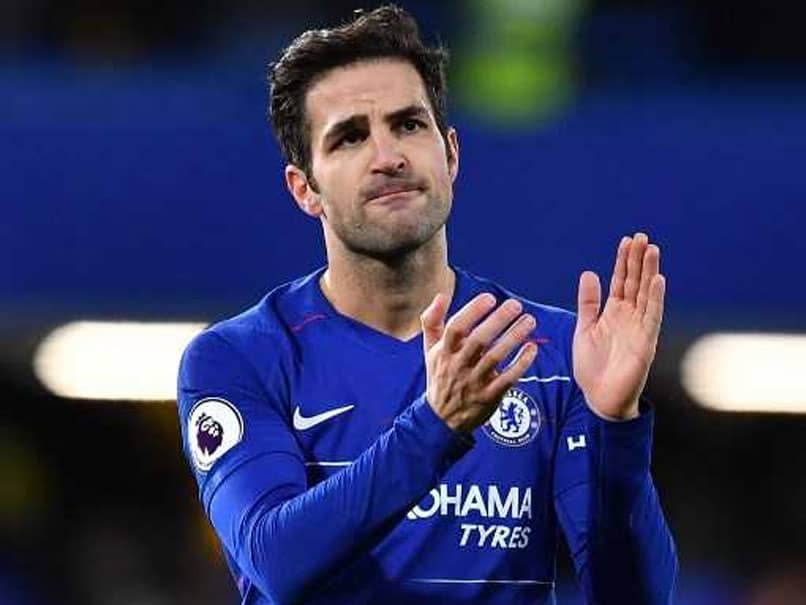 Cesc Fabregas made a tearful farewell to Chelsea fans.© AFP

Cesc Fabregas has completed his move to from Chelsea to Ligue 1 strugglers Monaco, a source close to the deal confirmed to AFP on Friday. Fabregas put pen to paper on a three-and-a-half-year deal at the Stade Louis II after passing a medical earlier in the day, as he teams up with former Arsenal teammate Thierry Henry on the Mediterranean coast. The source told AFP that Chelsea will only receive payments related to Fabregas' performance on the Mediterranean coast, contrasting with media reports that Monaco had already agreed to pay Chelsea 10 million euros (USD 11.5 million) for the player who could now make his debut for his new club in Sunday's Ligue 1 game away at Marseille.

Fabregas played with Henry at Arsenal at the start of his career, between 2003 and 2007, and the two share the same agent in Darren Dein.

Now 31, Fabregas eventually made the same move as Henry when he left the Emirates Stadium for Barcelona, but he returned to English football with Chelsea in 2014.

After winning two Premier League titles with the Blues, he has fallen out of favour at Stamford Bridge this season under new coach Maurizio Sarri.

Fabregas made a tearful farewell to Chelsea fans in Saturday's 2-0 FA Cup win at home against Nottingham Forest, where he had a penalty saved.

Having enjoyed a glittering career, capped by winning the World Cup with Spain in 2010, Fabregas arrives at a club who were French champions just 18 months ago but are currently in crisis.

However, they have won just twice in nine league games since Henry's arrival and currently languish in the relegation zone, five points from safety before the weekend's matches.

Nevertheless, Monaco have already progressed in both domestic cup competitions since the turn of the year, and the arrival of Fabregas takes the number of signings made by Monaco in the January window to three already.

Veteran defender Naldo was the first to join from German club Schalke 04, and on Thursday Monaco announced the signing of France under-21 left-back Fode Ballo-Toure from Lille for 11 million euros plus bonuses.

One player who will not now be signing on at the Stade Louis II, though, is the midfielder William Vainqueur.

The former Marseille and Roma player was expected to put pen to paper on a move from Turkish club Antalyaspor, but Monaco announced earlier on Friday that he had failed a medical due to a calf problem.

Cesc Fàbregas English Premier League Football
Get the latest updates on India vs Australia Series, check out the India vs Australia Schedule for 2020-21 and Ind vs Aus live score . Like us on Facebook or follow us on Twitter for more sports updates. You can also download the NDTV Cricket app for Android or iOS.