Cesc Fabregas' contract expires at the end of this season and he appeared to say goodbye after Saturday's 2-0 FA Cup win over Nottingham Forest. 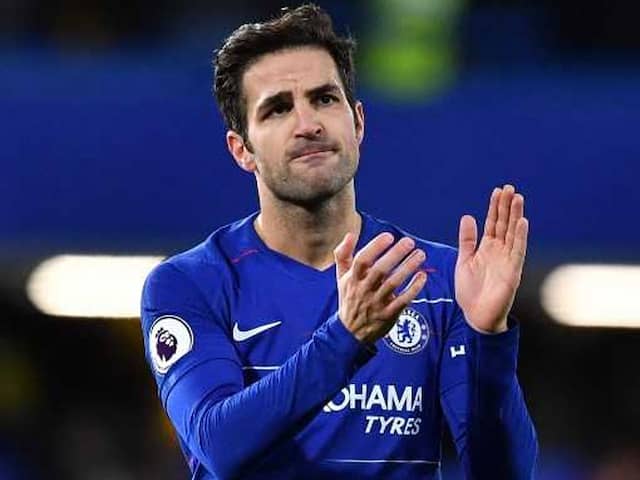 Maurizio Sarri insisted on Monday that Chelsea must replace Cesc Fabregas as the veteran midfielder looks set to leave the Premier League outfit for Thierry Henry's Monaco. The 31-year-old's contract expires at the end of this season and he appeared to say goodbye after Saturday's 2-0 FA Cup win over Nottingham Forest, where he applauded all sides of Stamford Bridge. The Blues boss said Fabregas had a "free day" on Sunday, refusing to confirm or deny reports the playmaker had travelled to France to meet with Monaco, but demanded that the Blues supply him with reinforcements should he join his former Arsenal teammate Henry in Ligue 1.

"If Cesc will go, of course we need a replacement," Sarri said to reporters ahead of Tuesday's League Cup semi-final first leg against Tottenham Hotspur at Wembley.

With Chelsea offering one-year contracts for players aged over 30, Sarri added that Fabregas, whose opportunities have been limited this season, should accept a two-year deal on the table from Monaco for the good of his career.

"In my opinion, he needs to go," said Sarri.

"He has an offer for two years. I don't want a very important player as Cesc unhappy."

Callum Hudson-Odoi provided both goals for Alvaro Morata in their win against Forest and the 18-year-old has also been linked with a move away from Stamford Bridge to German giants Bayern Munich.

Speaking about Hudson-Odoi, Sarri said: "I know only that for me he's a very important player. He's very young, but now he's improving.

"I think to stay here is better for him. He's an English player. He's very young. He has the future. And I think he has a very great future here, in England, with the national team and with Chelsea."

AS Monaco Football
Get the latest updates on IPL 2020, check out the IPL Schedule for 2020 and Indian Premier League (IPL) Cricket live score . Like us on Facebook or follow us on Twitter for more sports updates. You can also download the NDTV Cricket app for Android or iOS.