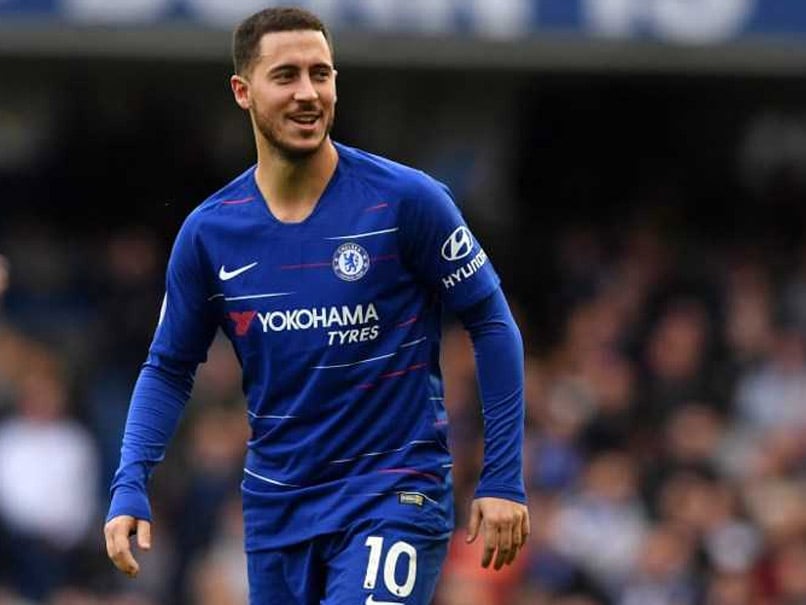 Belgian playmaker Eden Hazard must make up his mind whether he wishes to commit to Chelsea and extend his contract worth a rumoured 350,000 pounds (450,000 dollars) a week, the club's manager Maurizio Sarri said. The 27-year-old, whose present deal runs till June 2020, was linked with a move to Real Madrid after a stunning World Cup in which he inspired Belgium to their best ever finish of third. However, Sarri said Chelsea's offer was on the table and now the ball lay in Hazard's court.

Hazard, who joined Chelsea for 32 million pounds from Ligue 1 outfit Lille in 2012, has spoken often about the dilemma he faces in re-signing for the Blues or taking his chances at Real.

"The club is available to sign a new contract immediately, but it's up to him if he wants to renew or not," said Sarri.

"I want Eden here, of course, but I want him here if he wants to stay here."

The risk Chelsea run is if no contract extension is agreed by next summer, Hazard may be sold or else the club would risk losing him for nothing at the end of the 2019-20 season.

"I know very well that there are discussions between the club and the manager of Eden every week, I think, so if there is something new, the club will call me immediately."

Spanish international Cesar Azpilicueta, one of the longest-serving players at Chelsea, signed a new four-year contract on Tuesday.

Their contracts are up at the end of the campaign and they are locked in a standoff over the length of the new deals being offered.

Chelsea Eden Hazard English Premier League Football
Get the latest updates on ICC T20 Worldcup 2022 and CWG 2022 check out the Schedule, Live Score and Medals Tally. Like us on Facebook or follow us on Twitter for more sports updates. You can also download the NDTV Cricket app for Android or iOS.