Vincent Kompany signed off with victory in the FA Cup final on Saturday, where Manchester City thrashed Watford 6-0 to complete a domestic treble. 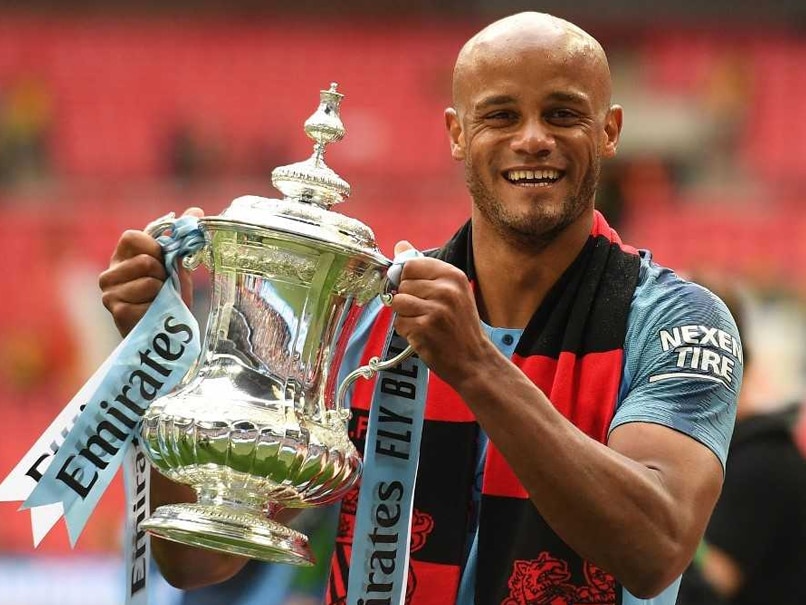 Vincent Kompany joined Manchester City in the summer of 2008.© AFP

Club captain Vincent Kompany announced Sunday that he is to leave Manchester City after 11 trophy-laden years. The 33-year-old Belgian defender joined the club in the summer of 2008 and has made 360 appearances, winning four Premier League titles, two FA Cups, four League Cups and two Community Shields. He signed off with victory in the FA Cup final on Saturday, where City thrashed Watford 6-0 to complete a domestic treble.

"As overwhelming as it is, the time has come for me to go. And what a season to bow out," said Kompany, who joined City from Hamburg.

"I feel nothing but gratefulness. I am grateful to all those who supported me on a special journey, at a very special club."

Kompany added: "I will never forget how all Man City supporters remained loyal to me in good times and especially bad times. Against the odds you have always backed me and inspired me to never give up.

"(Club owner) Sheikh Mansour changed my life and that of all the City fans around the world, for that I am forever grateful. A blue nation has arisen and challenged the established order of things, I find that awesome."

"It's cliche to say it but it's also so true: without my team-mates, I would have never been here today," he said.

"We fought many battles together. Side by side. In good times and in bad. So to all of you, from the 2008-2009 squad to today's domestic treble winners: I owe you guys!

"A special word also to Pep and the backroom staff: you've been superb. You've followed me through so much hardship. You made me come back stronger every time. Thank you so much."

Vincent Kompany English Premier League Football
Get the latest updates on IPL Auction 2023 and check out  IPL 2023 and Live Cricket Score. Like us on Facebook or follow us on Twitter for more sports updates. You can also download the NDTV Cricket app for Android or iOS.