Aaron Ramsey Set To Cash In With Juventus Move: Reports

Aaron Ramsey is already free to sign a pre-contract agreement with foreign clubs. 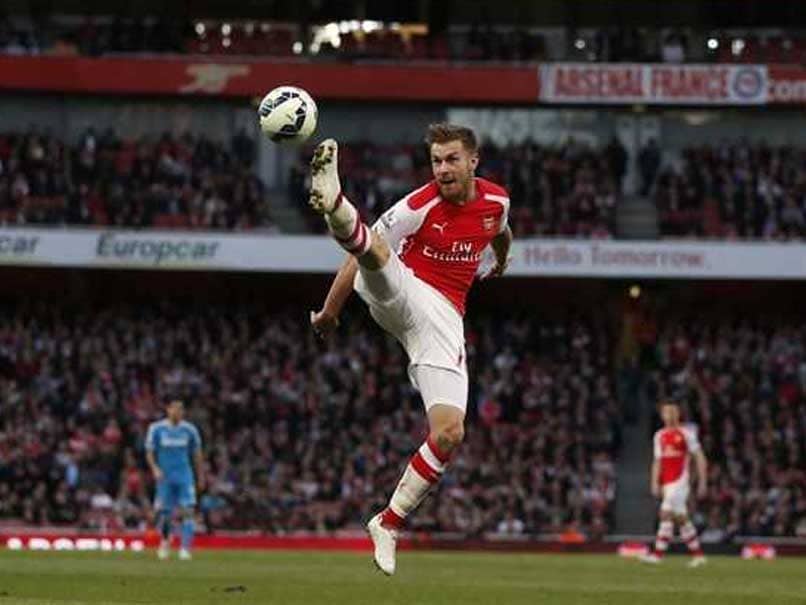 Aaron Ramsey has scored 62 goals in 354 appearances for Arsenal.© AFP

Arsenal midfielder Aaron Ramsey is set to seal a money-spinning move to Italian champions Juventus when his contract expires with the Gunners in the summer, according to reports on Thursday. The Welsh international will bring an end to 10 years at Arsenal at the end of the season after talks over a new deal broke down with the Premier League giants in September. According to The Guardian, Ramsey will become Juventus' second-highest earner behind Cristiano Ronaldo by signing a five-year deal worth 140,000 pounds (USD 179,000) a week (7.2m pounds a season).

Ramsey, 28, is already free to sign a pre-contract agreement with foreign clubs and had been courted by a number of big names with Bayern Munich, Real Madrid, Paris Saint-Germain and Inter Milan also reportedly interested.

Despite making clear his future lies away from the Emirates, Ramsey has continued to play a big part in Unai Emery's first season in charge of Arsenal, scoring three goals in 25 appearances.

And Emery insisted on Thursday that he will still count on Ramsey for the rest of the season even if he does finalise a deal with Juventus.

"My idea and focus, I say to him every day, is that we need his performance for us," said Emery.

"In the last match I was very happy with him. I asked in the last match at Blackpool if he is OK to help us play and he said, 'Yeah, coach, I want to play' and he played with a very big behaviour and commitment to us.

"After, his future belongs to him, his family and agent. Every day he's here with us, he's working very well. I want his behaviour and his focus to be on West Ham on Saturday."

Emery also revealed that Arsenal can only afford to make loan additions in January as they aim to end a two-year absence from the Champions League.

"We cannot sign permanently. We can only loan players," said Emery.

Barcelona midfielder Denis Suarez, who Emery had on loan during his time at Sevilla, has been strongly linked with a move to the Emirates.

"I don't know how his situation is but I know the club is working for the possibility of players who can help us with this condition (on loan)."

Arsenal sit fifth in the Premier League, just three points off the top four, and are also into the last 32 of the Europa League and FA Cup.

Arsenal Aaron Ramsey English Premier League Football
Get the latest updates on ICC T20 Worldcup 2022, check out the Schedule and Live Score. Like us on Facebook or follow us on Twitter for more sports updates. You can also download the NDTV Cricket app for Android or iOS.