Friday's incident came despite heavy security for the Pakistan's first cricket series on home soil since an attack on the Sri Lankan team bus in March 2009. 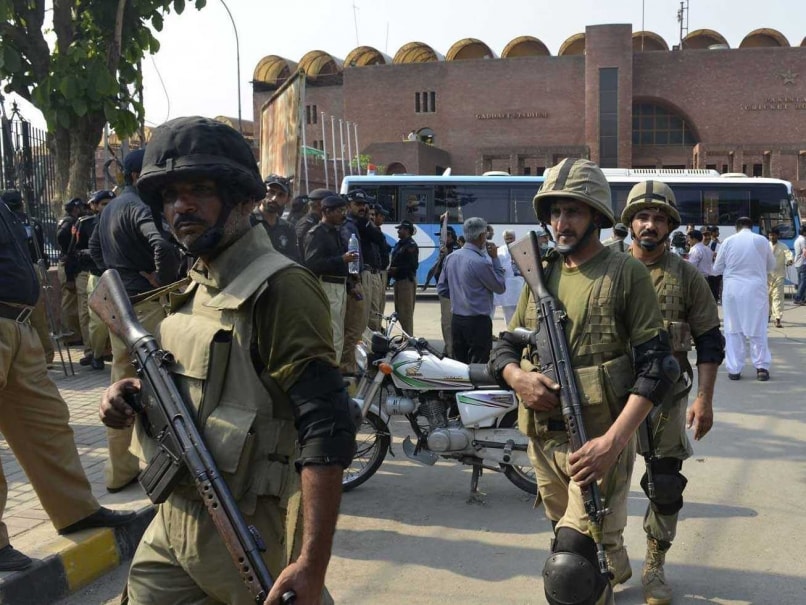 Security has been ratcheted up for the series with around 4,000 policemen guarding the stadium itself.© AFP
Lahore:

A Pakistani minister admitted Saturday a suicide bomber was behind an explosion that killed two people outside the stadium during a Pakistan-Zimbabwe cricket match, as a spokesman for the hosts said the visitors would continue the tour.

Friday's explosion -- which police still insist was an accidental blast -- threatened to torpedo cricket-mad Pakistan's first series on home soil since an attack on the Sri Lankan team bus in March 2009.

The bombing, which did not affect the match itself, triggered a news blackout in Pakistani media and came despite heavy security in and around Lahore's Gaddafi Stadium.

"The incident has not affected the tour, Zimbabwe's tour will continue," a spokesman for the Pakistan Cricket Board said.

"Their players have gone shopping today."

Zimbabwe has not yet confirmed whether it will finish the tour.

"We heard a blast during the match on Friday. We do not know what it was. We have held a team meeting to inform everyone that our hosts are coming this afternoon to talk to us about this incident," said Zimbabwe team spokesman Lovemore Banda.

Pakistan's information minister on Saturday said the explosion outside the Gaddafi Stadium was a suicide bomb, despite police claims to the contrary.

"The suicide bomber failed to enter the stadium due to the bravery of our police," Pervez Rashid told private broadcaster Geo.

The attack took place about 1.5 kilometres (one mile) from the venue at "the outer security cordon of the stadium", Rashid said.

Despite Rashid's comments, Lahore police insisted on Saturday that the incident was an "accidental blast" caused by an auto rickshaw's gas cylinder exploding.

"It was a gas cylinder explosion and not a terrorist act," a police spokesman told AFP. He said one policeman and the rickshaw driver died.

Police had earlier said the blast was a transformer explosion.

The news was blacked out in Pakistani media until the conclusion of the match in order to prevent panic, a decision Rashid praised in his remarks to Geo.

Security has been ratcheted up for the series with around 4,000 policemen guarding the stadium itself, and a further 2,000 along the route from the Zimbabwe team hotel to the venue.

Zimbabwe's tour is the first by a Test-playing nation to Pakistan since the 2009 attack on the Sri Lankan team bus in Lahore left eight police and civilians dead and seven players wounded.

Pakistan have in recent years played their "home" matches at neutral venues such as the United Arab Emirates, resulting in financial losses amounting to $120 million, while several top-flight younger players were never able to experience the lifting effect of home crowds and pitches.

Comments
Topics mentioned in this article
Pakistan Cricket Team Zimbabwe Cricket Team Gaddafi Stadium, Lahore Cricket
Get the latest updates on IND vs NZ 2021, check out the Schedule and Live Score . Like us on Facebook or follow us on Twitter for more sports updates. You can also download the NDTV Cricket app for Android or iOS.