The Illingworth St Marys cricketer had a comical reaction when his six smashed the windscreen of his own car. 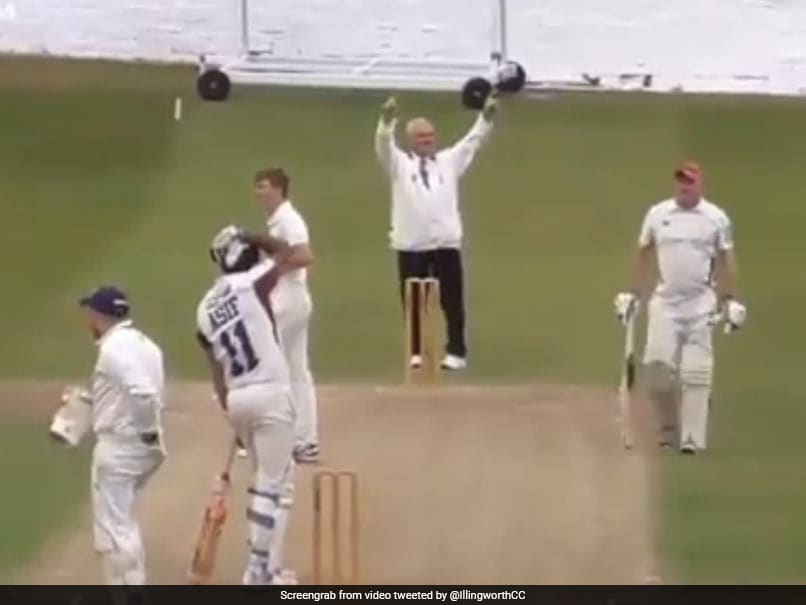 A six hit by Illingworth St Marys cricketer Asif Ali ended in a disaster for him.© Twitter

A six hit by Illingworth St Mary's cricketer Asif Ali ended in a disaster for him, as the ball smashed the rear windscreen of his own car. The video of the same was shared by St Mary's on its official Twitter handle. "That moment when you hit a massive six only for it crash through your own car windscreen. Sound on to hear the smash," the caption of the video read. In the short clip, one could witness Ali's reaction after he realised that his shot had ended up in a disaster for him.

Sound on to hear the smash pic.twitter.com/FNjRMic9U5

The 27-second clip was a huge hit on the microblogging site as it racked up more than 550k views on social media within 24 hours of being posted.

In the footage, the crowd, as well as members of the opposition team, could be heard laughing at Ali's misfortune.

Responding to the post, a cricket enthusiast sarcastically that it was the "correct way to park at any cricket match".

"The last time this happened. The car dealer didn't charge any money for the repairs. I think Kevin O'Brien hit that time," wrote another user.

last time this happened . the car dealer didn't charge any money for the repairs . I think kevin o'brien hit that time

Asif Ali is a British amateur cricketer. He was playing for Illingworth St. Mary's Cricket Club against Sowerby St Peter's in Sunday League action in West Yorkshire when the incident took place.

Ali lofted the ball for a massive six. But instead of celebrating his massive six, Ali was left shaking his head at the irony of the situation.

"When the ball was going towards my car, (I said) oh no, no, no - what's going on?" Ali was quoted as saying by the ITV News. "It straight hit the screen, I was shocked."

"I have been playing for this club for a long time but never have I brought my car in the car park, it's always parked outside," he added.

Comments
Topics mentioned in this article
Cricket
Get the latest updates on Olympics 2020, Olympics 2020 Medal Tally, Live Cricket Score . Like us on Facebook or follow us on Twitter for more sports updates. You can also download the NDTV Cricket app for Android or iOS.