Saeed Ajmal's Career is Not Over: Mohammad Akram

Mohammad Akram, a former Test pacer, said that Saeed Ajmal was back to working with Saqlain Mushtaq on his bowling action and in present circumstances he could take the biomechanic test in two weeks time. 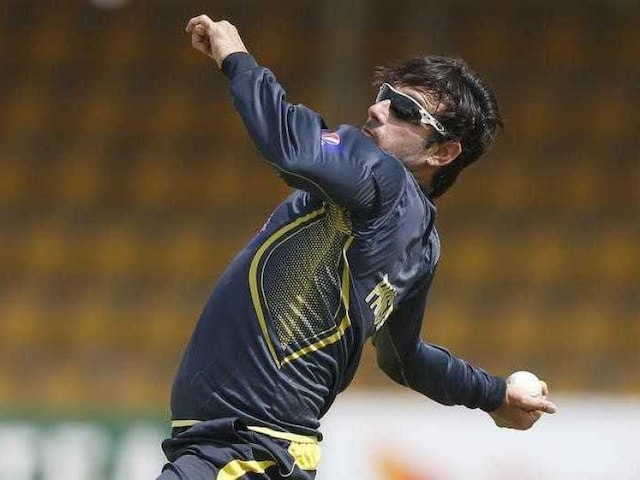 He will surely miss the World Cup after being withdrawn from the squad but Saeed Ajmal's career was not over says head coach of the national cricket academy Muhammad Akram as the suspended off-spinner could take a bio-mechanic test in two weeks time.

"He is a fighter and I can tell you his career is not over as yet. There is lot of cricket after the World Cup and I am confident he will make a comeback," Akram said.

Akram, a former Test pacer, said that Ajmal was back to working with Saqlain Mushtaq on his bowling action and in present circumstances he could take the biomechanic test in two weeks time.

"Saeed is working very hard on his action but at this time what is more important is not whether and when Saeed clears the bowling action test but how effective he can be with his modified action," Akram told reporters in Lahore.

Just last week it was confirmed that Saeed was withdrawn from the World Cup squad as he required more time to improve his bowling action.

PCB decided against sending him to Chennai last week for the unofficial test that Muhammad Hafeez has taken.

Akram felt that Hafeez would be able to make it to the team for the World Cup.

"He will I think get cleared to bowl in the World Cup because he has removed chinks in his action and worked hard on it," Akram said.

Comments
Topics mentioned in this article
Saeed Ajmal Mohammad Akram Cricket
Get the latest Cricket news, check out the India cricket schedule, Cricket live score . Like us on Facebook or follow us on Twitter for more sports updates. You can also download the NDTV Cricket app for Android or iOS.