Ross Taylor joined Stephen Fleming as only the second New Zealand player to go past 7,000 runs as he scored a century against England in Hamilton. 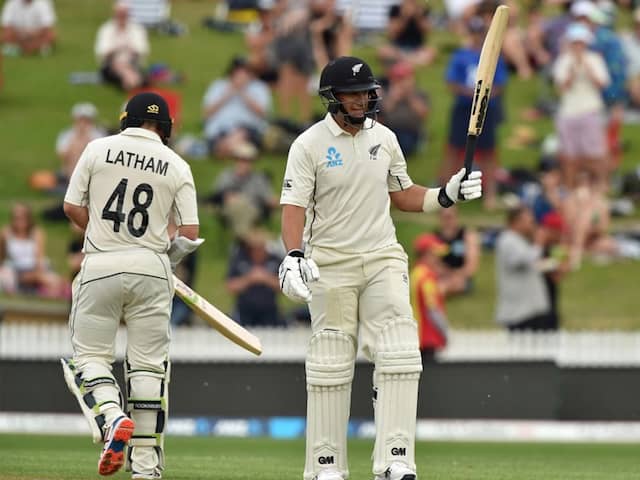 Experienced batsman Ross Taylor on Tuesday became only the second New Zealand batsman to score 7,000 runs in Test cricket. He achieved the feat on the final day of the second Test against England at the Seddon Park which ended in a draw. The 35-year-old reached the milestone in 169 innings, and with this feat, he has surpassed former New Zealand skipper Stephen Fleming who had achieved the feat in 189 innings. Fleming scored 7,172 runs in 111 Test he played for the Black Caps.

Overall, Taylor became the 51st batsman to get pass 7,000 runs in Test cricket. Taylor has represented New Zealand in 96 Test matches so far in which he has amassed 7,022 runs, including 19 centuries and 32 fifties. He has also played 228 ODIs and 95 T20Is for the Black Caps, scoring 8,376 and 1,743 runs respectively in each of the format.

Prolific Australia batsman Steve Smith holds the record for being the fastest to score 7,000 Test runs. Smith achieved the milestone in just 126 Test innings and surpassed former England batter WR Hammond who had achieved the feat in 131 innings.

Ross Taylor Cricket
Get the latest updates on IPL 2020, check out the IPL Schedule for 2020 and Indian Premier League (IPL) Cricket live score . Like us on Facebook or follow us on Twitter for more sports updates. You can also download the NDTV Cricket app for Android or iOS.
Advertisement