New Zealand vs England: England trail New Zealand by 106 runs with five wickets in hand at the end of Day 3 of the second match of the series. 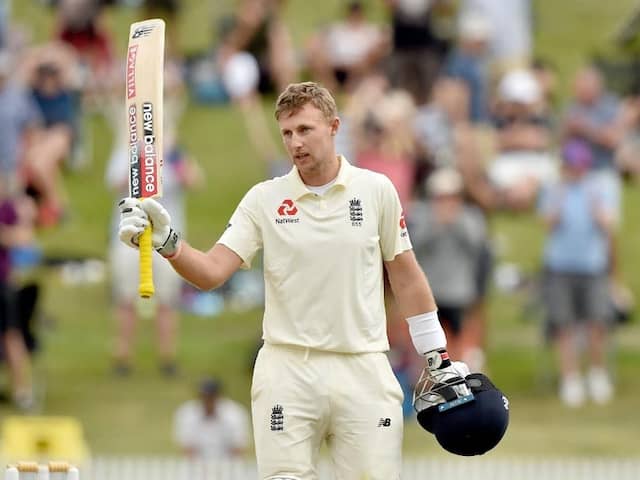 Despite centuries for Joe Root and Rory Burns England expressed disappointment at stumps on day three of the second Test against New Zealand after losing late wickets in Hamilton on Sunday.
England captain Root ended his run drought with an unbeaten 114 while Burns rode his luck to post 101. But after they took England to 201 for two, the tourists were 269 for five at stumps and still trailing New Zealand by 106. "I enjoyed the fact I got it (hundred) but at the same time disappointed me and Rooty couldn't stretch our partnership and get us deeper into the game," Burns said.

"We're disappointed to lose a couple of wickets at the back end as well."

With only five wickets remaining and 16 overs washed out by rain in the final session, England's vision of building a healthy lead was rapidly fading.

The tempo swung away from England when Burns was run out and New Zealand followed up with the quick wickets of Ben Stokes and Zak Crawley.

"The run out got us going," said Tim Southee who accounted for Stokes, adding that New Zealand never gave up hope despite the 63 overs it took to break the Root-Burns partnership.

"We hung in there for long enough and we were able to get those rewards late in the day for all the toil we put in.

"If things aren't happening you keep on trying."

With Root and Burns putting on 177 for the third wicket, England found the "bat-long" partnership they had been searching for in their attempt to follow the same recipe New Zealand used to win the first Test.

But following the dismissal of Burns, Ben Stokes was gone for 26 while Zak Crawley made one on debut.

Root was under added pressure to not only guide England to a position of strength but also to end his own run dearth amid suggestions the pressure of captaincy was affecting his form.

To that end, he was in no mood to take risks as he faced 258 deliveries in six hours to reach 99, before his century came on a surprise mistiming that saw an inside edge fly past the wicketkeeper to the boundary.

His 17th Test hundred was his first in 15 innings since the West Indies in February.

Burns led a charmed life on the way to his second century when he was dropped on 10 and 19 and on 87 survived a run-out opportunity when New Zealand botched the return throw.

But two balls after reaching three figures he ambled through the first single when Root called for two and although he accelerated on the return leg he was a centimetre short when BJ Watling broke the stumps.

Stokes strayed from the "bat-long" script when he replaced Burns and compiled a brisk 26 before Southee extracted slight movement off the wicket and found an edge for Ross Taylor to hold.

Crawley's maiden Test innings only lasted six balls when he was caught behind to give Neil Wagner his first wicket.

For New Zealand, Southee has taken two for 63 while Wagner and Matt Henry have a wicket each.

Joe Root Cricket
Get the latest Cricket news, check out the India cricket schedule, Cricket live score . Like us on Facebook or follow us on Twitter for more sports updates. You can also download the NDTV Cricket app for Android or iOS.
Advertisement