Nepal's Anjali Chand took six wickets without conceding any runs against Maldives to help her team register an emphatic win by 10 wickets. 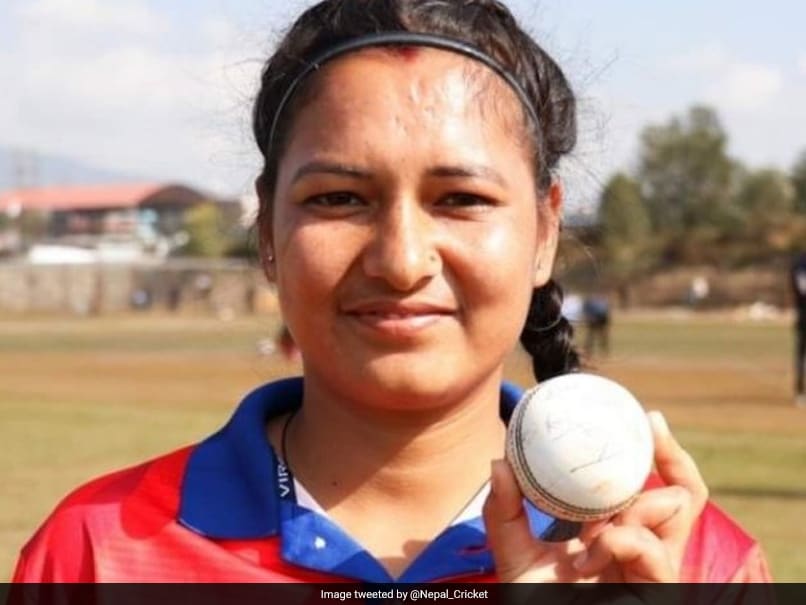 Nepal brushed aside the Maldives in the first match of the South Asian Games women's cricket competition on Monday. Maldives captain Zoona Mariyam won the toss and opted to bat but the decision backfired as the Maldives were bundled out for just 17 runs. Anjali Chand, who came into bowl in the seventh over, took six wickets in the game to help Nepal wrap up the game in the first over. Anjali Chand bowled two maiden overs and bagged six wickets without conceding a single run off her bowling to register the best bowling figures in any Twenty20 International (T20I) game.

Anjali struck in her first over as she sent back the Maldives skipper for a duck and two deliveries later, the 24-year-old out foxed Latsha Haleemath to pick up her second wicket.

Shaffaa Saleem, who came in to bat at number eight, failed to open her account as Anjali managed to get past her defence.

Chasing a below-par total of 17, Kajal Shrestha hit two boundaries in the first over as Nepal finished the match in just five deliveries.

Previously, Mas Elysa of Maldives had held the record with figures of 6 for three against China in 2019.

In men's cricket, Deepak Chahar of India holds the record for best bowling figures in a T20I. The fast bowler had picked up six wickets for seven runs against Bangladesh last month.

Maldives Cricket
Get the latest updates on ICC Women's Cricket World Cup 2022 and IPL 2022, check out the Schedule , Live Score and IPL Points Table. Like us on Facebook or follow us on Twitter for more sports updates. You can also download the NDTV Cricket app for Android or iOS.