Rohit Kumar Paudel, at 15 years and 335 days, is the fourth-youngest player to make his ODI debut. 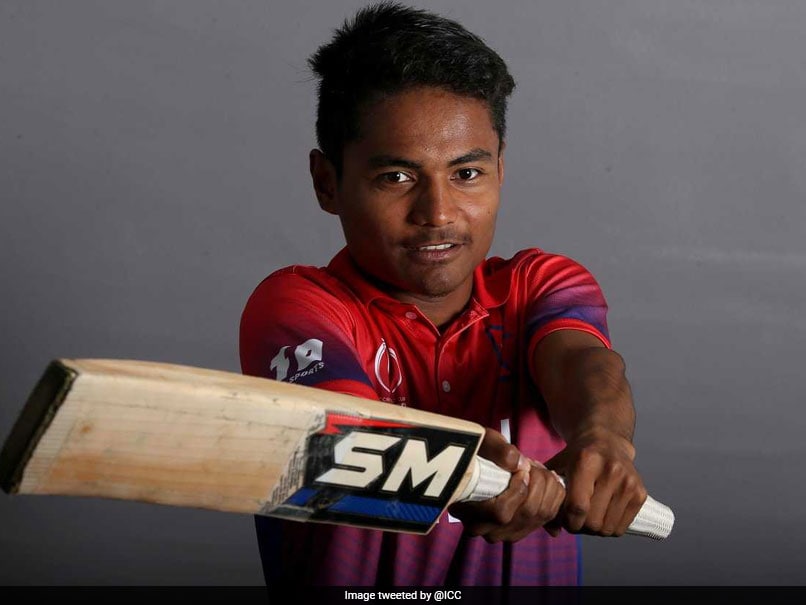 Nepal's Rohit Kumar Paudel, at 15 years and 335 days, became the fourth youngest One-day International (ODI) debutant. He achieved this milestone when he was named in the Nepal playing XI for the second ODI against the Netherlands on Friday. Pakistan's Hasan Raza remains the youngest to play an ODI. Raza made his debut against Zimbabwe in 1996 aged just 14 years and 233 days. Kenya's Gurdeep Singh became the second youngest when he made his ODI debut against Afghanistan in 2013. At the time of his debut he was aged 15 years and 258 days.

Nitish Kumar of Canada is third on the list. He was 15 years and 273 days when he played Afghanistan in Sharjah in 2010.

Fifth on the list is Aaqib Javed of Pakistan. He made his debut against the West Indies at Adelaide in 1988 when he was 16 years and 127 days.

Nepal, currently, are touring the Netherlands for a two-match ODI series.

Nepal's ODI debut against the Netherlands ended in a 55-run defeat as they suffered a dramatic batting collapse. Chasing a modest 190 to win, Nepal, were bowled out for 134 with more than eight overs to spare.

Nepal had got off to a flying start in their run-chase. They looked comfortable at 85/1 before they slipped quickly to 104/6.

But once skipper Paras Khadka became the second wicket to fall and Malla was then dismissed by South African-born all-rounder Michael Rippon, Nepal's challenge petered out.

For the Dutch, playing their first ODI in four years, seamer Fred Klaassen took 3/30, leg-spinner Rippon finished with 3/23 while skipper Pieter Seelaar ended the match with figures of 3-16.

Earlier, Rippon had top-scored for the Dutch with 51 while Khadka claimed the best bowling for Nepal, leading from the front with 4-26.

Netherlands Cricket Rohit Kumar
Get the latest updates on T20 World Cup, check out the T20 World Cup Schedule and Live Score . Like us on Facebook or follow us on Twitter for more sports updates. You can also download the NDTV Cricket app for Android or iOS.