Kapil Dev got the first dose of the COVID-19 vaccine in Delhi on Wednesday. 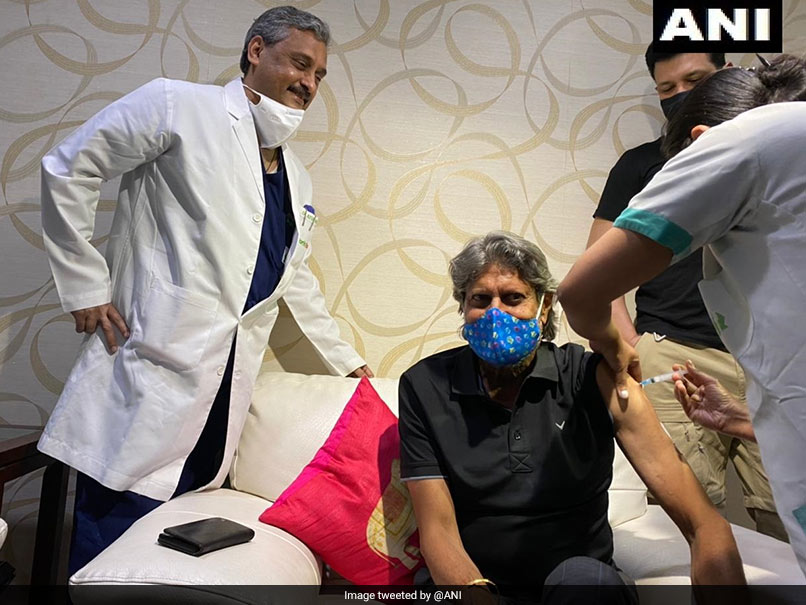 Kapil Dev got the Covid vaccination shot under the supervision of his cardiologist.© Twitter

World Cup-winning captain and former India all-rounder Kapil Dev on Wednesday received the first dose of the COVID-19 vaccine. Kapil, 62, took the vaccine at the Fortis Hospital Heart Institute in Delhi under the supervision of his cardiologist Dr. Atul Mathur, Director of Cardiology. Last year, the legendary cricketer was admitted to the hospital on October 23 after he complained of chest pain. He then underwent an angioplasty and was discharged two days later. Kapil continues to have his blood-thinning medication.

Kapil Dev played 131 Tests and 225 ODIs for India. In the longest format of the game, the all-rounder amassed 5,248 runs and picked 434 wickets. Under his leadership, India won the 1983 World Cup after defeating West Indies in the final.

Madan Lal, who was an integral part of the World Cup-winning Indian team in 1983, received the first dose of the COVID-19 vaccine on Tuesday.

On the same day, current Team India head coach Ravi Shastri also took the first dose of the COVID-19 vaccine. Shastri, 58, got the vaccine at the Apollo Hospital in Ahmedabad.

The second phase of Covid-19 vaccination -- for those above 60 years of age, and people between 45 and 59 years of age with specific comorbidities -- began on Monday.

Prime Minister Narendra Modi, along with other political leaders, got vaccinated on the first day.

Shastri is currently with the Indian cricket team participating in a four-match Test series against England. Virat Kohli's men are 2-1 up in the series, having won the third Test, played with the pink ball, by 10 wickets, at the Narendra Modi Stadium last week. The fourth and final Test of the series is slated to begin on Thursday.

India require only a draw in the fourth game in order to seal their berth in the final of the inaugural ICC World Test Championship (WTC) final.