India Women could not defend 266 as South Africa Women took an unassailable 3-1 lead in the ODI series. 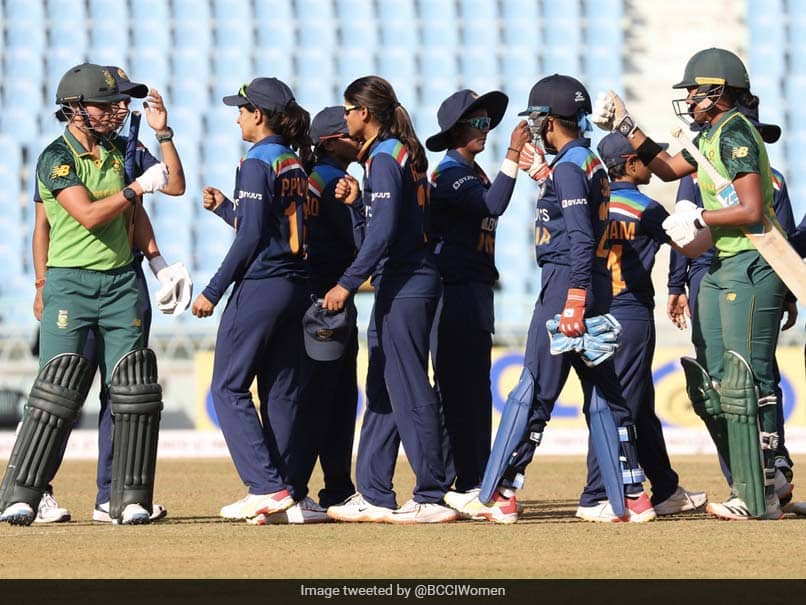 Indian women's ODI team skipper Mithali Raj on Sunday said her bowlers lacked the right kind of preparation before entering the five-match series against South Africa. The visitors chased down a target of 267 with seven wickets to spare, to claim an unassailable 3-1 lead in the five-match series. "Even if we scored more than 266, it wouldn't be enough, the way the South Africans batted. Our bowling department needs to work on preparation before a series. We lacked that," Mithali said at the presentation ceremony.

"We are not a bad fielding side but there are things we can improve on," she added.

Veteran pacer Jhulan Goswami missed the match due to a niggle and India struggled in her absence.

"We missed Jhulan's experience but it was an opportunity for the other bowlers to step up and take responsibility. Our spin department is experienced. I expect them to come back stronger," Mithali said.

"I'm fresh to the job and I used the senior players for advice and help. The plan was to be as attacking with the ball upfront as we could be. We have a world-class attack. One in the top four has to bat through for us. It's something we haven't done in the past," Wolvaardt said.

Mignon du Preez was named the Player of the Match for her 55-ball 61, while raising a crucial partnership of 103 runs for the third wicket with Lara Goodall (59 not out), with whom she shared the award.

"I am sharing this with Lara Goodall. She also deserves this."

"I am one of the experienced players who has been in the line-up a long time and I feel like sometimes I don't always convert my starts.

"Laura and Lizelle set up the team so everyone else can play with freedom. It's been something we wanted to do for a long time: to contribute in the middle.

"This is a special one. Winning a series in India, in these tough conditions, and with everything happening in the world, we are going to treasure this one," Preez said.

South Africa Women Mithali Raj Cricket
Get the latest updates on IPL 2021, IPL Points Table , IPL Schedule 2021 , live score . Like us on Facebook or follow us on Twitter for more sports updates. You can also download the NDTV Cricket app for Android or iOS.