Lalit Modi may have lost a court case against Chris Cairns, but that does not deter him from bringing charges of corruption against powerful people. Perhaps he would do better to back them with evidence and help ICC and/or BCCI build a bank of suspect elements. 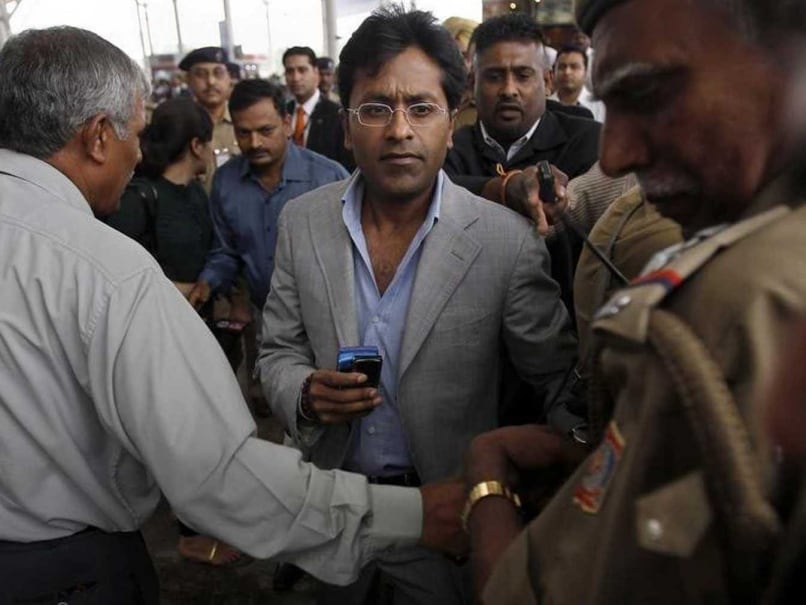 The latest in the list of his sensational exposes is three cricketers' alleged link with a real estate tycoon, Baba Dewan. In Lalit Modi's books, Diwan (that's how he spells Dewan) is a big punter and a book maker. And that is not all. He is friends with Gurinath Meyiappan and Raj Kundra (of IPL betting 'fame'). (Also read: Delhi Court to frame charges in IPL spot-fixing in July)

According to Modi's email to Dave Richardson, he had banned Dewan from bidding for an IPL team. Fair enough. As a chairman of the league, he acted on information at hand. But did he tell the Mumbai Indians to watch out when Baba Dewan bid for the associate sponsorship of the two time champions?

Mumbai's blue and gold jersey had DHFL prominently printed in gold on the players chest. That spot is reserved exclusively for Baba Dewan's company, which has paid the team around 10 crore rupees each year. As a sponsor, the real estate tycoon has had access to the IPL, the team, its players, the owners and even the officials. Â

Interestingly, Dheeraj Wadhwan of Dheeraj Realty is known as Baba Dewan in Mumbai's party circuit. He is known to be friends with Bollywood's royalty. He owns a nightclub in the Maximum City, which has one of the famous Khans as partner. His birthday parties are attended by the who's who of the film world. A Google search will throw up why no one wants to miss out Baba Dewan's parties. Shilpa Shetty and Raj Kundra certainly are no exceptions.

Dheeraj Wadhwan's company has sponsored Cricket Victoria for close to a decade and were the principal sponsor of New Zealand Cricket till 2009.

It is beyond doubt that being a team sponsor, access to players and even befriending them would have been easy. Even if certain India cricketers tagged pictures with him on Facebook and exchanged private Whatsapp messages, there is no way to pin them down for wrong doing. Lalit Modi did not back his email to Dave Richardson with hard evidence. No wonder BCCI and ICC have cleared all three cricketers and given them all a clean chit.

According to Lalit Modi, Dheeraj Wadhwan or Baba Dewan is a bookmaker. According to N Srinivasan, Karan Gilhotra is a suspected bookie too. The ICC's Anti Corruption and Security Unit was formed 15 years ago. WhileÂ  the ICC has invested in players' education on anti-corruption, the ACSU has not furnished a list of suspects.

Sudden allegations against individuals and a cloud of suspicion on them may not resolve the crisis. Modi will continue to hold court and his allegations may have credence if backed with evidence.

While the former IPL chairman's only emotion for anyone who calls him a 'fugitive' is hate, he should apply similar standards while alleging Baba Dewan of corrupt practices. LaMo (as media loves to call him these days) does not seem to have learnt his lessons after losing the case against former Kiwi international Chris Cairns.