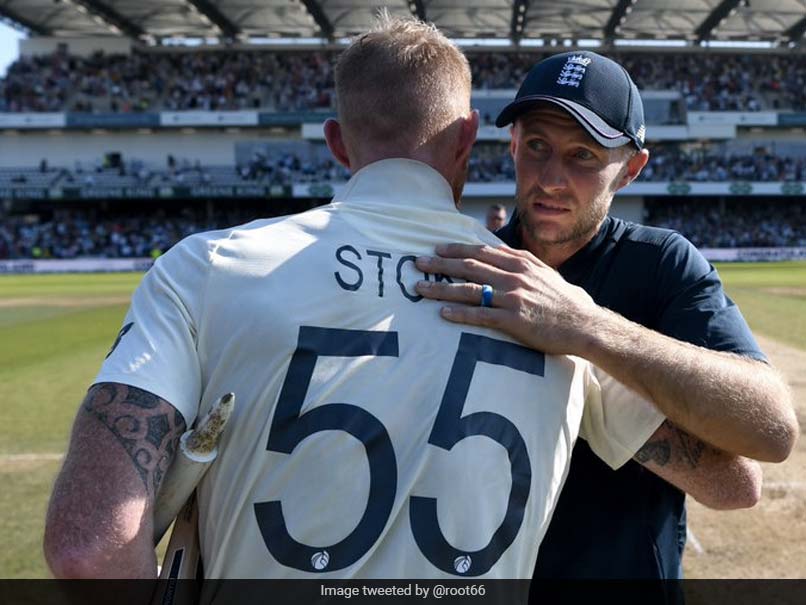 Former skipper Joe Root promised to be with new England Test captain Ben Stokes "every step of the way" after his close friend was appointed as his successor on Thursday. The 30-year-old Stokes, who served as Root's deputy, was the overwhelming favourite to take charge of a struggling team that have won just one of their past 17 Test matches. Root stood down earlier this month following a series loss in the Caribbean, which came after England's 4-0 Ashes defeat in Australia.

But the star batsman, who has continued to pile on the runs despite England's woeful run of results, said he would give Stokes his complete support.

"Always got each other's backs," Root tweeted. "Congratulations mate, I'll be right with you every step of the way."

Always got each other's backs. Congratulations mate, I'll be right with you every step of the way pic.twitter.com/KqO3mZpd9X

Congrats, @benstokes38! An incredible honour and I know you'll do all of us England fans proud!

"This appointment he backs wholeheartedly. He's an inspirational player, an example to many people, and the prime minister is confident he will lead the England men's team back to where it should be."

Stokes's first match in charge will be England's game against New Zealand, the land of his birth, in the first Test of a three-match series at Lord's starting on June 2.

"Thanks for all the messages," Stokes tweeted on Thursday

"Proud day for me and my family. I love playing cricket for England, see you at Lord's."

Stokes is due to give his first news conference as the permanent England captain at his Durham home ground on Tuesday.